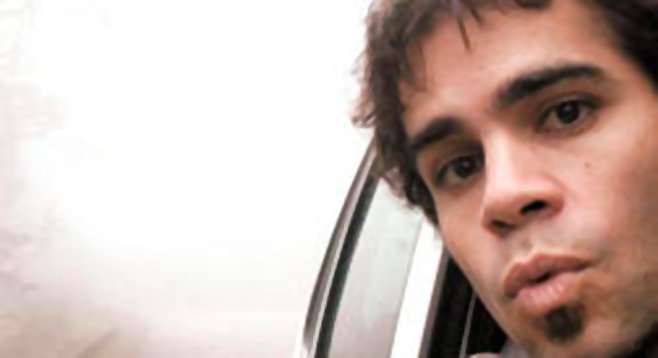 “On Surfari Sessions Volume 2 is a compilation of soundtrack songs from the Fuel TV surf and travel show On Surfari, featuring pro surfer Shayne McIntyre,” says Chad Farran about his most recent CD release.

Farran is a producer, songwriter, and drummer for local power trio Superunloader.

“The show got canceled after several seasons,” explained Farran, “because Fox [the owner of the network] decided Fuel TV should show more agro, fighting shows than action sports and travel. I guess On Surfari was too wholesome...”

Farran did all the music for the show when it was on location in Africa, the Caribbean, Middle East, and Central America.

“I attempted to create a soundtrack that matched the locale using instruments, samplers, loops,” says Farran. “Shayne would also give me pop tracks he liked, and I would create new music in the same style that he could replace them with.

“He would sometimes give me music he wanted to emulate and sometimes he would just say he needed a scary-spider song or a touching-turtle song or an uplifting song for a scene with an amputee soccer team. It varied a lot, and it gave me a chance to explore different genres, tones, instrumentation, and rhythms.

“Traveling was by far the best part of the job because I really enjoyed meeting local musicians and learning about their culture and music.”

Indeed, traveling is one of Farran’s great loves, but it almost killed him a few years ago while exploring caves in Belize.

“I had to go to the emergency room after multiple days of severe fever upon returning from Belize,” says Farran. “Luckily, as I waited, the doctor recognized my name from watching On Surfari and gave me special treatment, which included a cut in line and a private room. I spent four days in the hospital undergoing a barrage of blood tests. They never did figure it out, sent me home, still feverish, with a ‘good luck,’ a pat on the back, and a $17,000 bill.

“Chris McGreal [Superunloader bass player] did a Google search for “Pneumonia in Belizean caves” and diagnosed me with histoplasmosis, a rare infection from inhaling the fungal spores that can emanate from bat shit. I cured myself by smuggling into the hospital a thermos of grapefruit-seed extract and hot water and began holistic inhalation while sleeping with bags of ice.”

On Surfari Sessions Volume 2 is available on iTunes, Amazon, and CDbaby.com.

Great to see another Blurt contribution from Barbara Curry - been far too long since your excellent report last year on the Bands on the Run TV show. Hope to see your work here more often!