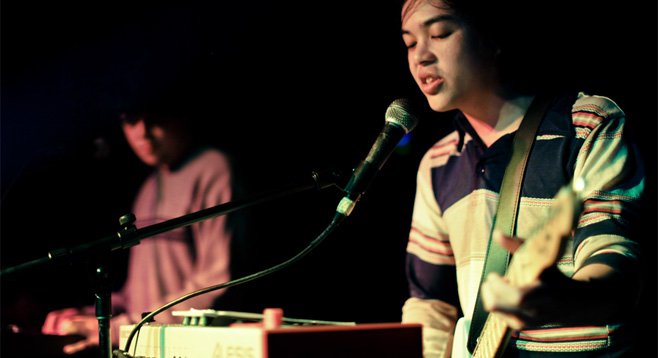 The release party for Dawn Mitschele’s EP Love Remains happens Friday, April 27, at Mueller College in University Heights. “I chose this venue because I got my start at Twiggs across the street before they closed,” says the frequent Bushwalla collaborator. “Plus, Johnny Ciccolella, who’s been running the place for years, appears on my album.” She and Seattle-based opener Kris Orlowski will duet on a cover of Luke Reynolds’s “Floating in Space,” and local singer/songwriter Lee Coulter is also on the bill.

TV Girl will give it away free when their 15-track mix tape The Wild, the Innocent, the TV Shuffle is released digitally on May 4, courtesy of Das Racist’s Greedhead label. A new single, “I Wonder Who She’s Kissing Now,” can be downloaded.

Adam Lambert’s sophomore full-length, Trespassing, will be available May 15, with its second single, “Never Close Our Eyes,” already streaming online.