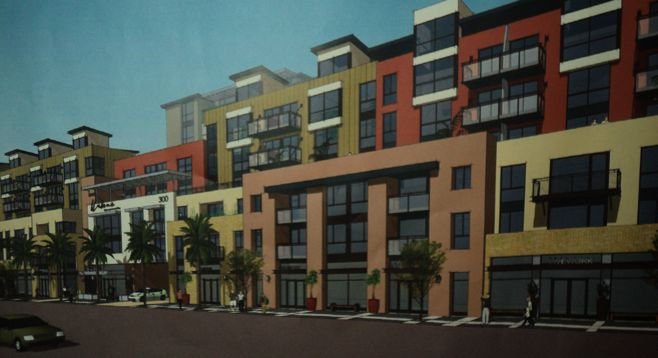 Chula Vista’s Design Review Committee will soon consider a six-story apartment complex on the city’s west side. The “Urbana” proposal includes 266 apartments and is situated on H Street between Third and Fourth Avenue.

Last week the city held a community outreach on the project. Marcela Escobar-Eck, of Atlantis Group, LLC, was the presenter for the project and city planner Steve Power represented the city.

Most people who attended the meeting favored the project and liked the wrap-around design that encloses the parking. There was a general consensus that the project would have a favorable impact on Third Avenue, the west side’s village center.

Residents and community members also expressed concerns regarding the proposal.

The primary concerns raised were the close setbacks and the height of the building. People who live in the area worry that Urbana will dwarf their one- and two-story apartment complexes creating privacy issues and blocking daylight. Many of the attendees appealed to Escobar-Eck and Power to consider a modified design. 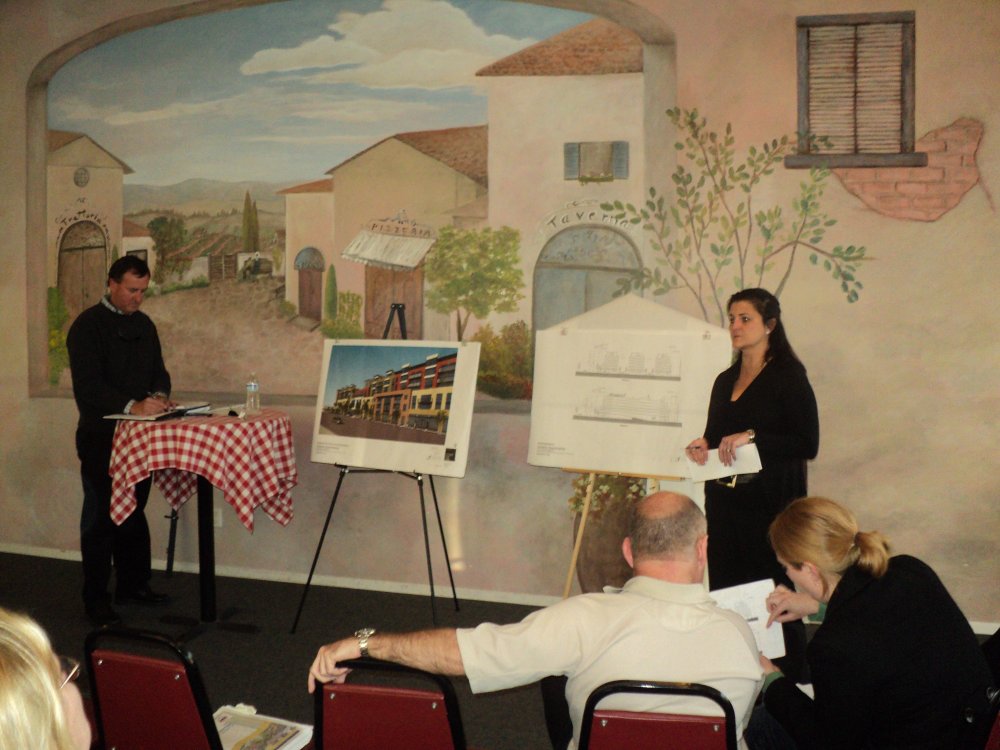 Another concern raised was parking. The complex will consist of 9 live/work units, 80 one-bedroom units and 177 two-bedroom units. While the 380 parking stalls provided exceed the required number, residents who live in the area worry that the project would generate more cars than spaces. A former Chula Vista planning commissioner in attendance, Kevin O’Neill, commented that people need to be weaned from their cars.

This project will be a parking nightmare, not just for the residents, but for the people living on the side streets around it that are already impacted by too many cars. Just drive around the west side and you'll see residential streets lined with cars on both sides. On 'H' Street, where this project is being proposed, parking is prohibited, leaving no choice but to park on the side streets. This project needs to go back to the drawing board, and regardless of what the city will allow, change its design to include more parking spaces. Mr. O'Neill's solution to this huge problem is for us to wean ourselves from our cars. Maybe in a city with a good public transportation system this would work, but not in Chula Vista. I'd like him to explain how he gets around town.

A technical correction: the developer, under redevelopment, was eligible for suspended fees. All developers, according to assistant city manager Gary Halpert, can avail themselves of deferred fees, but upon occupancy the developer must pay the deferred impact fee.

And for the record: Some people have told me that they did not think the statement "most people who attended the meeting favored the project..." accurately reflected the situation.

I agree that parking will be a nightmare for residents on nearby side streets. Day time parking is already an issue because of the court house across the street. They should consider a layer or two of below ground parking. I realize it is far more expensive however it will do much to relieve added street parking. I think the overall design of the project is good however I would like to see a larger set-back from the street. One of my big complaints about the Gateway project is that it was built too close to Hst & Third Ave.

It's easy for people like Kevin O'Neill to propose we wean ourselves from our cars. But how?

I wonder how many people at the meeting got there on foot, by bicycle, or on public transportation?

People need to park in their garage, not in the street.

And this project, along with the Eastern Urban Center, need to have underground parking. Or at least a parking garage structure. Using all that surface area for parking is a huge waste.

So how many apartments or residences would be overshadowed by this project? Can that be addressed or is it simply a question of height?

I heard that the "property right" cheerleaders were out in force at this meeting. Who are these people? They are the ones that want every development with warts and all to get through the system unchecked. They claim it is a "property right" issue for the developer but forget that there are other property owners that have to live next to these projects. It's simplistic thinking at its worst.