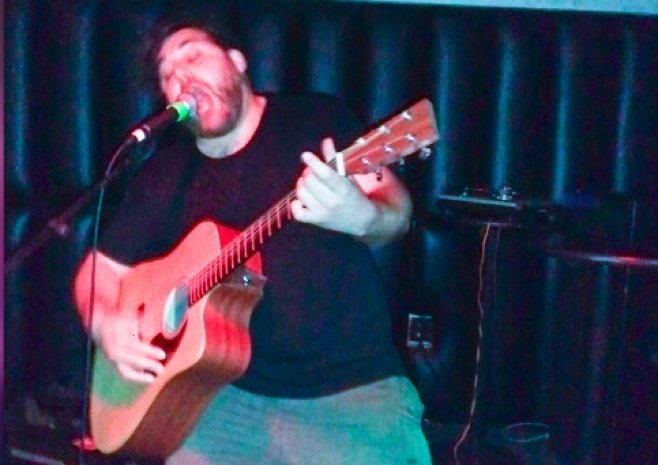 Following a compelling backstory as long as the song itself, Floridian emcee Bleubird launched into “Giehe 1977,” which chronicles a small Italian village and the home in which his great uncle was shot by Nazis. Bleubird’s road-warrior narratives detail his travels and struggles from days spent living everywhere, from Berlin to Montreal. A mellow, folksy flow that dominated half of his set was tempered by a gatling-gun delivery on tracks such as “Hustle Hard,” his tongue-in-cheek Ace Hood détournement.

Denver-based Sole, one of the city’s key figures in the Occupy movement, embodied the ethos of the Noam Chomsky silhouette prominently displayed on his red shirt. Touring without his backing Skyrider Band for the first time in ages, Sole dove deep into his repertoire and ripped cult classics from Bottle of Humans and Selling Live Water. One of the most under-appreciated lyricists of his generation wowed the Soda Bar faithful with his catalogue-spanning setlist, highlighted by the battered prose of “Hello Cruel World.”

Ceschi took the stage, guitar in hand, and opened things with a Spanish ballad reminiscent of the quieter moments from Mars Volta’s Octahedron. The number leaked effortlessly into “Black and White and Red All Over,” the troubadour’s acoustic battle cry against Catholic hypocrisy. From there his set showcased standouts from The One Man Band Broke Up, such as “Bad Jokes” and “No New York,” with many verses performed shoulder-to-shoulder with fans. Ceschi’s show-stealing display was capped off by the solemn keys of “Half Mast” and the telling line “We’ll play our parts, but every performance will end.”