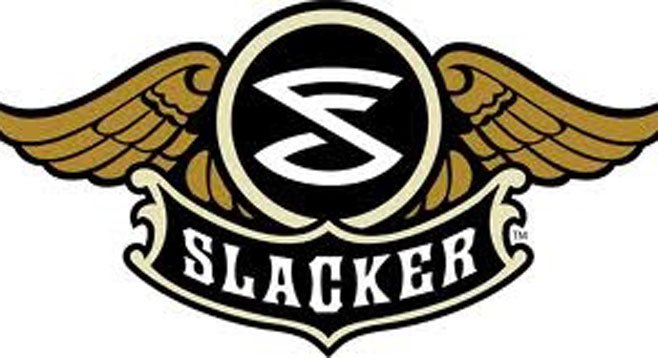 “Local artists,” says Ofek Hayon, “can come onto Rockcityclub.com, upload content, and [potentially] be heard by millions of listeners on Slacker.” Hayon is the chief business development officer at Las Vegas–based Rockrena, owners of Rockcityclub.com. In March, at music industry showcase South by Southwest, Rockrena announced a partnership with San Diego’s Slacker Radio that would pair the two media outlets together in the world’s first web radio channel for undiscovered artists and bands.

Hayon explains that getting one’s band played on the air requires joining subscription-based Rockcityclub.com. Then, one may upload sound or video files. “If they pass our criteria, meaning, you have to have some talent, it will go into the hub and on to Slacker’s listeners,” he says. “But just screaming into a microphone won’t do it.”

Rockcityclub.com says they are dedicated to helping independent artists be heard and, possibly, discovered by the various music producers they work with. The structure as described sounds like social networking, but Hayon says no. “We are a hub that sits on a social network.” Slacker, which is based in Rancho Bernardo, is a subscription web radio station that advertises itself as having “the most personalized content of any radio service.”

The Slacker unsigned artist site will be interactive, meaning that success or failure of a given track comes down to numbers of fan votes. If they like, your band stays. If not, you go. “There’s a heart [button] on the Slacker player,” says Hayon. “You either click on it or on the ‘like’ tab.” But one can already see the potential for abuse via spamming. Hence, he says, there is also a “don’t like” button.

Jonathan Sasse, the senior vice president at Slacker Radio, joins the conference call. “It’s important to have a ‘don’t like’ button. You could have a thousand likes and a thousand don’t likes. We weight that differently.” But aren’t new artists already considered to be a programming risk? Terrestrial radio treats unsigned artists as if they were poisonous snakes. Sasse explains how Slacker minimizes the exposure.

“We can promote any subgenre regularly,” he says, via their many different channels. “That’s a huge advantage over terrestrial radio. There’s no risk to us and it gives the artists the chance to be heard.” And, like conventional broadcast, Slacker has rotation clocks. Artists are placed into rotation based on fan “likes.” “The more ‘likes’, the heavier the rotation.”

When asked for some of the names of San Diego’s indie bands that may have taken advantage of the Rockcityclub/Slacker partnership, Hayon declines to comment. Aside from John Reis, the Rocket from the Crypt co-founder who moved his Swami Sound System to Slacker Radio, Hayon says that their privacy policy prohibits them from revealing such artist info.

Last year, promoters put together a tour of heavy hitters culled from Youtube. Might indie bands that likewise score big on Slacker be similarly showcased? Yes. Hayon says there are plans in the works to stage musicians twice annually at the Palms in Las Vegas. “We’re interested in the 49,000 artists who tried out for American Idol and were rejected and went home. Now,” he says, “they will have the chance to be heard.”