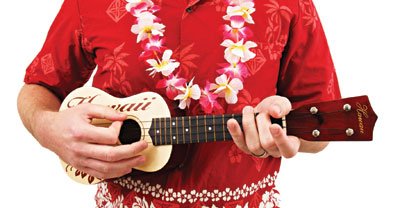 Campaigns don’t come cheaply these days. Even deciding not to run can get expensive. Just ask San Diego city councilman Kevin Faulconer, who was interested in running for mayor but in June pulled out of the race and endorsed District Attorney Bonnie Dumanis, a fellow Republican. According to the semiannual financial report filed in July by Faulconer’s city council campaign committee, he spent $20,750 on an “exploratory” poll by Voter/Consumer Research Inc. of Washington, D.C. In addition, the councilman’s committee paid $642 for a Hawaiian Airlines ticket from Lihue on Kauai to San Diego in April for Faulconer to “return from vacation for [a] press conference.” (That was the media event held jointly by Faulconer, Councilman Carl DeMaio, and Mayor Jerry Sanders to announce they had reached agreement regarding a ballot measure to switch city pensions to 401(k)-style plans for all new city hires except police, according to Faulconer’s spokesman.) The committee also gave $5000 to the county GOP. That left the committee, at the end of June, with $42,584 in the bank. The termed-out Faulconer can’t run for reelection and thus must find other uses for the remaining cash…One especially interesting contribution Faulconer made this year was the $5750 he donated to the campaign committee for Prop D, the successful November 2008 measure to ban booze from local beaches. It turns out that as of this June 30, the committee, Safe Beaches San Diego, still had outstanding debts of $70,824.94. During the first half of the year, Faulconer’s committee was Safe Beaches’ only contributor.

The entire amount of his donation, according to the Safe Beaches filing, was paid to San Diego’s Competitive Edge Research to cover polling expenses left over from 2008. Remaining unpaid creditors included Loma Media for video production ($3000); California Legislative Advocates, the political consulting and lobbying firm of Safe Beaches campaign manager Jim Lantry ($6000); Luce Research of Colorado Springs, for phone banking ($2892.90); and an outfit called Silver Dollar Strategies LLC of Alexandria, Virginia, whose unpaid bill of $8430 is listed as an “invoice in dispute.”

On August 24, Safe Beaches filed another statement, saying that the “committee has no ability to discharge its debts.” In a letter to Lantry dated the next day, Rosalba Gomez, an auditor with the City’s Ethics Commission, said that a random audit of Safe Beaches found that the group, which was carrying a debt balance of $76,574.94 at the end of the audit period, had “substantially complied with the disclosure and record-keeping provisions of the San Diego Election Campaign Control Ordinance.” That was followed on August 29 by a committee termination statement signed by Nancy R. Haley, political finance director at Scott & Cronin, the Encinitas accountant handling the campaign’s bookkeeping.

Contacted by phone last week, former campaign manager Lantry said the committee would have folded sooner had the organization not been selected for the City’s random audit. He added that a major reason for the group’s deficit was that C. Jack Bark, a physician, longtime Mission Beach denizen, and prime fundraiser for the antialcohol measure had died of heart failure in May 2009 at 73. He said the committee has no worries about being sued over its remaining bad debts because “There’s no one left to sue.”