What really happened to Rocket From The Crypt? 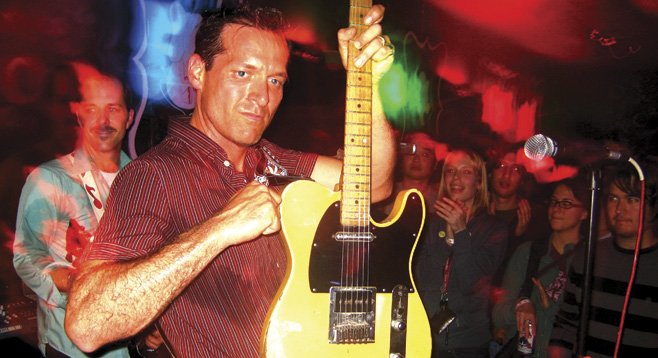 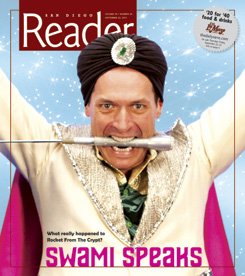 Speedo, Slasher, the Swami, and John Reis are all the same person, but each one does something different. Reis, a Pacific Beach native, has performed in Hot Snakes, Pitchfork, Drive Like Jehu, and the Night Marchers. Speedo played guitar and fronted Rocket From the Crypt, a San Diego punk band with horns that gained international acclaim.

Slasher played bass guitar in the Sultans. Swami owns a San Diego indie-record label bearing his name and hosts a radio show Saturday nights on 94/9 FM. John Reis co-owns Bar Pink in North Park with his wife and a couple of friends. He answers our questions for the Swami.

Earlier, when we were discussing this interview, you suggested that Swami should be ON this week’s cover...

“Without a doubt, and I am sure most would agree. I think it would make the Reader much more readable, especially for me and my family. My friend Chris Squire got a Reader cover story a while back [November 29, 2007], yet I can eat many, many more hotdogs than him. Perhaps I need to go undercover as a carnival worker or see how many times I can sneak back and forth across the border or go to Burning Man or merely just go to a party in Mexicali in order to seem like a more compelling subject.”

Who came up with the Swami Sound System radio show, you or [94/9 programmer] Mike Halloran?

“Halloran gave me the opportunity. But the show reflects the sounds that I am currently feeding my head-holes. The show title is a nod to the Jamaican sound system clashes of the ’60s and ’70s when DJs, more specifically called ‘selectors,’ would have to build their own crude PA equipment and even press and sell their own records.”

But you are the Swami, not a Rasta dude.

“Maybe the Swami part stems from a lifelong fascination with exotic men in turbans, dating back to childhood and seeing Korla Pandit on TV.”

How would you explain the programming philosophy?

“Fans of this music hear it as fruit from the same tree. We celebrate the savage and untamed hits that slip through the cracks of the mainstream’s consciousness. Much of what I play is described as music of unfulfilled prophecy. Neglected, because some of these bands were too remote, didn’t have massive distribution, or were just too cool or too wild for their own time.”

“Since the show airs at 10 p.m. on Saturday, I feel an obligation to appease the natives with a vibrant noise full of beans. Many listeners are in the throes of party-mode. Even then, some of this art is still too wild and/or cool by today’s popular standards, which, of course, galvanizes the poles.”

How is Swami different from Speedo?

“They spell their names differently.” 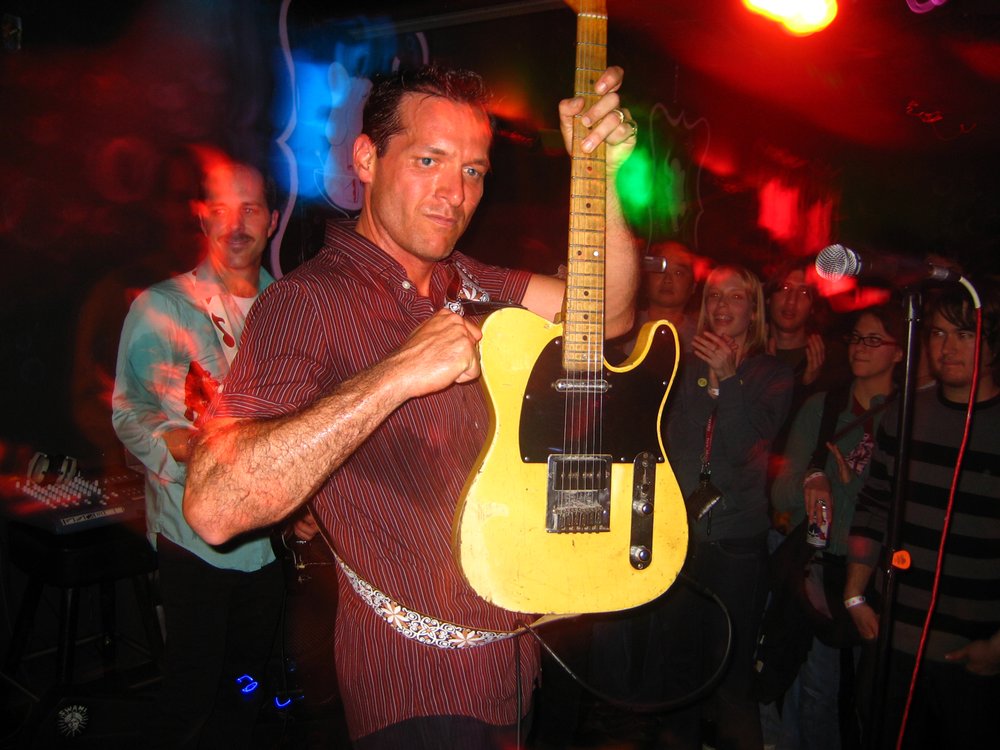 “A group of up-and-coming bands made us a money offer not to play anymore and disband.”

Rocket looked like your ride to the rock ’n’ roll big time. Why did the band come to an end?

“A year prior to our last show, a group of up-and-coming bands got together and made us a money offer not to play anymore and disband. They wanted to be able to compete amongst themselves for the ‘best band in the world’ title. With Rocket still active, it appeared that a definitive successor could not be groomed. So we accepted the offer on our own terms and basically retired.”

“Rocket definitely was a big-time rock ’n’ roll ride. We had accomplished everything we wanted to, and we no longer had any goals to pursue.”

Which band pushed you hardest as a performer?

“Physically? Probably Rocket, because of all the yelling, the sometimes uncomfortable attire, and traveling.”

In 2008, Spinner magazine asked you what was happening musically in San Diego that people should know about. how would you update your answer?

“I don’t know what I said yesterday, let alone three years ago, but I can tell you that it is a very good time for the San Diego scene. The soil and conditions have been perfect for the next crop. Take into account the tragic, massive amounts of radiation bombarding our coast, and I expect to hear some great mutant rock in 2012.” ■

I'm not a big fan of radio these days, what with the I-can-listen-to-any-song-I-want-without-commercials-whenver-I-feel-like-it-because-I-have-an-iDevice but every time Swami comes on, I always hear something good. Great article!

SWAMI HAS SUCH A GREAT SHOW. GLAD HALLORAN ISN'T THERE TO TALK ABOUT HIMSELF INCESENTLY

They fired all the good DJ's and now we are left with the GOD show of MIKEY. I stopped listening years ago. And why is johnnyj's cap lock stuck? hey JohnnyJ it's the little button on the left above the shift key. USE IT! \m/