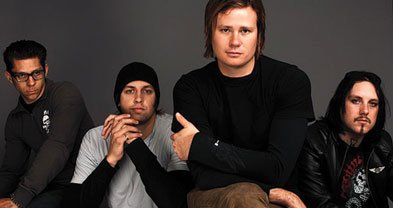 Social Club, recently signed to Pacific Records, releases a new EP this week called Pictureshow, previewing tracks from their upcoming full-length debut. November 1 will see a new long-player from Megadeth — TH1RT3EN, recorded at their San Marcos studio. A new song, “Whose Life (Is It Anyways?),” is streaming on the band’s website.

Eve Selis’s full-length Family Tree premieres November 11, with a release party in Sherwood Auditorium at the La Jolla Museum of Contemporary Art on Prospect Street. The all-ages event will include Berkley Hart and Dennis Caplinger.

Also on November 11, Jefferson Jay’s fifth CD, Gift to Be Alive, will debut at the Griffin, with For the Faint and Charbra on the bill. The same day will see the fourth studio full-length from Angels and Airwaves — Love Part 2, available in a variety of packages, including a deluxe version with the 85-minute Love movie on DVD; a package with a 128-page comic book based on the movie, or a limited-edition T-shirt; and a version limited to 25 sets with a signed TD Epiphone guitar similar to Tom DeLonge’s.