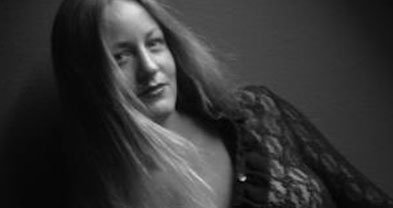 “I’d been living in pain and without health insurance for about six years,” says Cathryn Beeks, who nonetheless managed to promote over 500 local concerts during that time period. “I finally got insurance and had an MRI, which showed a fairly large, presumably benign tumor called a schwannoma growing on my spinal nerve, in and out of my L4 and L5.” Beeks underwent surgery in late July to have the tumor removed.

“It took almost eight weeks for me to be able to walk normally again, but I’m getting better every day and am out of the horrible pain. I’m finally sleeping...back to work hosting my shows...and I’m looking forward to performing again in the near future.”

“Cathryn was the first person to give me a show outside the coffeehouse scene,” says Josh Damigo. “I was nervous and excited and probably stuck out like a nun in a strip joint.” Damigo has been a regular at the Game, Beeks’s frequent songwriter showcases where she provides a song title, around which anyone is invited to write and perform their own tune. “My set at the Hard Rock will consist of the songs I’ve written because of her prompting for the Game.”

Astra Kelly first met Beeks while camping in Colorado, eventually accepting Beeks’s offer to play a San Diego show. “A year later, I packed up a moving van and thankfully made my way to California, where Cathryn opened her arms and her heart and helped me get to know the local scene.”

“She’s the one person every beginning singer-songwriter has to know when they start playing music in San Diego,” says Kenny Eng, who began performing for Beeks’s events at downtown’s Dublin Square in 2007. “She’s like the nice version of the Godfather. If she gives you her blessing, you’re good to go.”

Huge thanks to Lenny Morris (lennymorrismusic.com) for putting this show together for me and to all the awesome folks who are donating their time to play a few songs. This really will be the BEST of the best! xoxox Cathryn

Cathryn is the one (nearly 10 years ago now!) that truly introduced me to San Diego's vast local music scene, and quite literally changed my life forever. Through her, I found hundreds and hundreds (maybe thousands by now) of bands and solo artists playing their own music. Music that is very different, and better (imho) than at least 75% of commercial music you hear on radio and TV. I rarely listen to radio these days, except for the local music shows...many of which weren't around 10 years ago (is there some connection?).

Cathryn herself is one of those artists whose music I find so fantastic. She writes great songs and performs them with a beautiful, powerful, soulful voice.

Through her tireless efforts, she's made it "ok" to play original music at more than just coffeehouses and open mics.

I will always be grateful to her, and love her for that.