Duff Pickering, an Encinitas resident for 12 years, appeared at the October 12 Encinitas City Council meeting to express his concerns about the city’s plans to rezone and redevelop the El Camino Real corridor under the city’s 2035 General Plan Update.

Pickering stated that he has long-term concerns about what the city has in store for the 233.3-acre area that he claims to drive through every day.

According to the citywide land use plan for the corridor, “A key objective for change in this area is to transform the focus and feel of the street from that of an arterial roadway with auto-dependent uses to a safe, multi-modal boulevard that is a destination for residents and visitors.”

“I believe,” said Pickering, addressing the council, “the infusion of so many new residential units in a relatively small area will significantly increase congestion and change the daily life in Encinitas for the worse.”

On another note, Pickering attributed the lack of input and involvement from the community to the city’s inability to relay relevant information to residents. Pickering also claimed that there is a “striking lack of involvement” in the process from residents of New Encinitas and the community has been “oblivious” to the planned redevelopment in the corridor.

“The heavy reliance on a postcard to get the word out and stimulate involvement did not work,” Pickering told the council. Pickering asked the council to adopt a “more active and open outreach program with transparency and focused attention on the specific issues that are known to be controversial and to require more input and dialogue.” 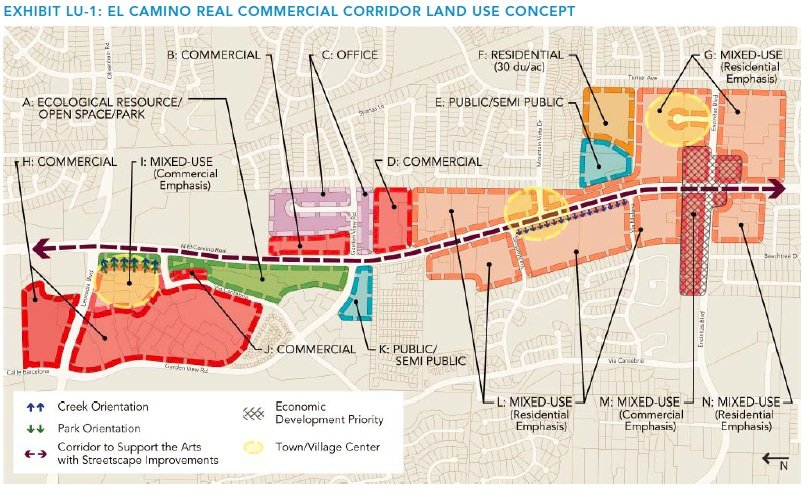