Once, Dennis Miller commented that Steely Dan looked like Ben and Jerry just out of rehab. They must look stranger than Jagger and Richards by now. 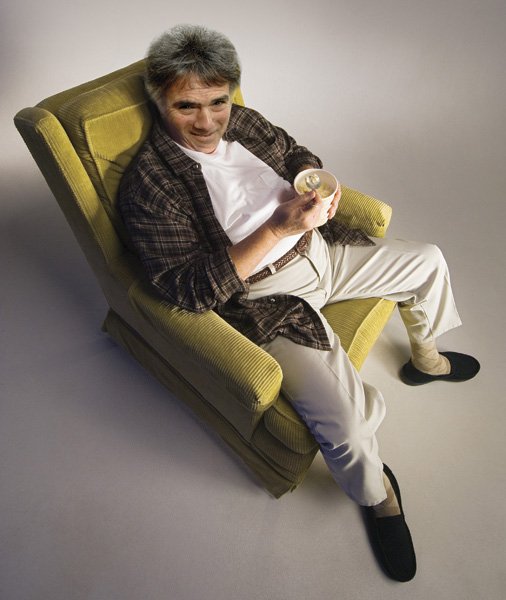 I intend to take the shotgun approach to this column. To be more descriptive, let’s say the scattergun approach. No single topic seems burning for my attention today, but there are several items of interest. First, let me preface this with the admission that I am distracted by several things and I beg your indulgence while events settle into a semblance of normality for me. It has been a horrendous few months, but I believe I’m coming out the other side of it now. I have an apartment, finally, through the help of some good people, and I am waiting for my son’s arrival tonight. He will stay with me for ten days and then likely, I am hoping, move in with me. I haven’t seen him for some time and, yes, it’s distracting — in a good way.

Don Henley was here on Sunday, the 25th, and I will have missed him. Maybe it’s for the best. My enthusiasm for his songs “The Heart of the Matter,” “The Last Worthless Evening,” and a few others on the 20-some-year-old album The End of the Innocence has faded somewhat, but curiosity lingers as well as appreciation for a great songwriter. I ran across that CD in 1990, during a breakup with a woman I was clinically insane about. In spite of Mojo Nixon’s dire warnings about the hazards of listening to Henley (even without Glenn Frey), I found the album transfixing and still wouldn’t mind seeing him live. Having discovered that I am no longer able to weep over anything, period, in recent years, I’m thinking a live performance of either of those two songs might have loosened up the ducts and opened the floodgates of catharsis.

Steely Dan will be here October 14th, same venue: Harrah’s Rincon. Fagan and Becker have provided a soundtrack to some good times I recall in both Manhattan and here in San Diego. In a Mojo Nixon–like moment during, I think, the Grammy Awards television show a few years back, comedian Dennis Miller commented that the two pivotal members of Steely Dan (who had performed on the show) looked like Ben and Jerry just out of rehab. They must look stranger than Jagger and Richards by now.

Picked up a September issue of Troubadour, the free (and underrated, maybe) music magazine/free monthly. Despite the bluegrass orientation of the paper (not my area) I had an hour of fun with it over coffee at Claire de Lune’s. Reading Jose Sinatra’s column is fun for days, and it might actually take you days to read it if you’re looking for sense or sanity. “Hosing Down” can be relied upon for a fine madness, as the poet once referred to the business of poetry. The Troubadour is another good place (besides here) to read about under-publicized local musicians.

I have recently re-read a novel I first read in 1974 or ’75. Dog Soldiers, by Robert Stone, was a National Book Award winner and a memorable read. In fact, it took me almost 40 years to forget enough of it to read again. The book defined the 1970s thoroughly, delivered the truth of the period as good fiction does. That is, the truth, not necessarily the facts that non-fiction must provide. A hallucinatory vision of Vietnam at the time, it is not a war novel, though it does have the virtue of depicting how that war was brought home, especially to California, where so many of the veterans returned after being rotated out. It is about heroin smuggling and it isn’t. The heroin seems to be a metaphor for the darkness that was brought back and into which the United States entered back then and remained. Hunter S. Thompson once asked, and I paraphrase, “Did you ever notice how downers came in when Nixon was elected?” Stone wrote this book in the middle of the forest and could still see the trees clearly enough.

Now I am reading Joseph Wambaugh, Hollywood Hills. While Dog Soldiers had me like a cobra in front of a mongoose, wincing and internally covering my eyes against a demanding read (some of its ugliness depicts stuff I’ve lived and would rather forget), Hollywood Hills is riotously funny as well as poignantly sad in spots. On balance, it is so purely entertaining that I regret approaching the end of it. Well, there are three others in his Hollywood cop series.

In a few hours my son will arrive from Vista and take up the living room on a futon provided me by the previously mentioned good souls who helped me get into the place. It is unrealistic to suppose this re-union will be idyllic. But, come what may, I’m feeling good.

I haven't heard from you in a very long while. I know you are busy, or are wrestling with demons of various shapes and forms. So I understand.

But since I am never sure if you receive my e-mails, I wanted to tell you that you have always been like a brother to me, and I wish you well. You are a good man, a fine artist, and I so hope that things are at last turning around for you.

Best wishes from me and my family...