Tufnel Day Is Upon Us 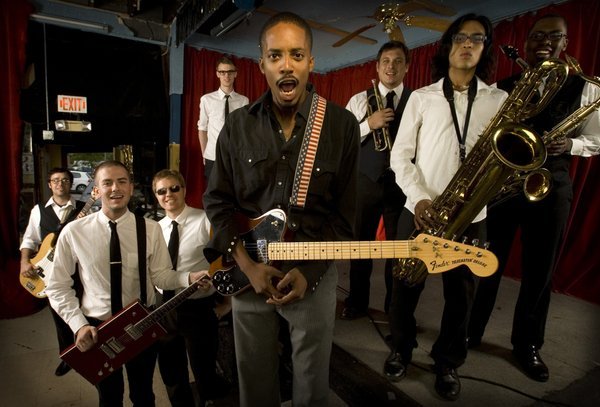 Thursday 10
Austin rock-n-soul septet Black Joe Lewis & the Honeybears pours into Belly Up behind Scandalous, the big band’s sophomore set of feel-good rhythm-n-blues. Scandalous dropped in March via Americana staple Lost Highway, but this ain’t no folk. Imagine the godfather of soul James Brown fronting a brassy rock act like the J. Geils Band — have mercy! — and you’ll get the gist. Dust off your dancin’ skids, kids, ’cos these cats’ll make you restless.... Miss the door up there, roll back down and jump off at Genesee, as Imagine Dragons land at the Loft at UCSD. This Vegas-based indie-rock act is Sin City through and through. Their new disc was recorded at Studio X in the Palms Hotel and Casino and produced by Grammy-nominated studio stud Mark Needham (Bloc Party, Neon Trees, My Chemical Romance).... Else: proggy Long Beach trio Wild Pack of Canaries lands at Tin Can Ale House with Pilots and Girls in Trouble...and down Fifth a bit, SoCal pop act the Bangles will walk like an Egyptian into House of Blues behind this year’s Sweetheart of the Sun, their first in about eight years. I didn’t even know they were still a thing, but it’s Susanna Hoffs and the Peterson sisters. Kewl.

Friday 11
None More Black...there is no better way to spend Nigel Tufnel Day than with Spinal Tap tribute Twelve, which will turn it up to eleven at Eleven on 11/11/11. 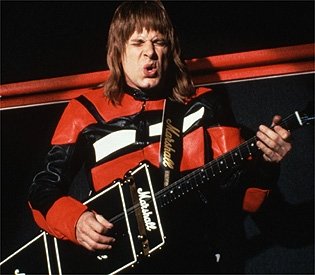 The honoree, Nigel Tufnel, for turning it up to eleven.

Dollars to donuts, they’re going on at 11. Twelve is the mock-rock Blasphemous Guitars gang. “Expect the usual blasphemy,” bandleader Adam Gimbel told our own Jay A. Sanford, “but with Spandex, cucumbers, mimes, cloaks, and — gasp — a keyboardist, Vista School of Rock instructor Jody Bagley. It will simply be the greatest re-creation of a band that never really existed. Ever. Or did they?” Smell the glove! Break like the wind! Love the Tap!... The rest of you: Japanese noise-rockers Boris will blast off at Casbah behind this year’s New Album, Heavy Rocks, and Attention Please. Yes, three new records of “stoner bludgeons, thrash blasts, dense drones, and noise screes”...Tampa tramp Gen and her Genitorturers bring the industrial rock of their latest, Blackheart Revolution, to Brick by Brick...local funk-n-jazz jam band Pocket will lay down the groove at Bar Pink...while L.A. hardcore hits Touché Amoré play Ché Café with Baltimore post-cores Pianos Become the Teeth. I’ve had that dream.

Saturday 12
From Portland in Oregon, the “little orchestra,” Pink Martini, pours into the Balboa Theatre downtown. Cocktail nation needed something to drink to, and nobody mixes classical, jazz, and old-fashioned pop better than this 13-piece. 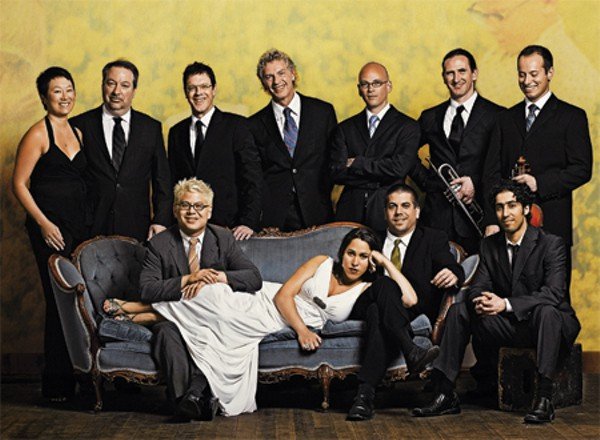 The Martinis are out to tout this year’s 1969. Take a taste at myspace.com/pinkmartinionmyspace.... For all you “So Cal Loco” who like to party like a rockstar, San Diego’s barrel full of party-rock, Sprung Monkey, swings into Brick by Brick Saturday night. Been awhile.... Best of the rest has loud-ass locals Sirhan Sirhan turning up at Tower Bar after a screamo set by California Bleeding...Tin Can Ale House unfurls Mitch Wilson’s (No Knife) Lunar Maps. I like it: myspace.com/thisismoonlife2. L.A. indie acts Thurlow and Zaptra and new local electropop duo Clockart up first...Ché Café stages good old-fashioned hardcore from Trapped Under Ice and Hundredth...and there’s a punk-rock record swap at the Shakedown Saturday afternoon, before thrash acts SMD, Eskera, Nerve Control, and Idols Plague burn the Midway bunker down.

Sunday 13
Gig to get to this week goes down at Sunset Temple Sunday night when Jersey boys Real Estate play Days at the North Park showcase. Will Crain Of Noted this show, so flip or click to that for his pro’s take on the warm and fuzzies. 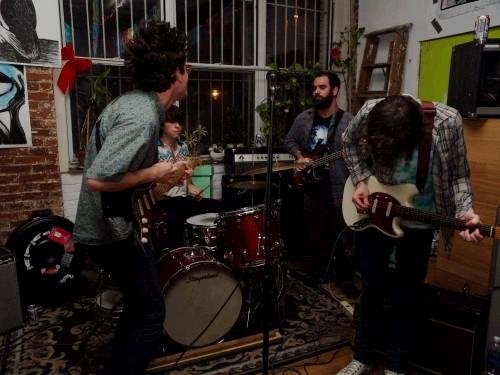 Real Estate goes up at Sunset Temple this Sunday.

I’d add that if you’re into natural artforms — a wave, wind, stars, crap like that — and simple, organic bands such as the New Year and Kingsbury Manx, you’ll probably dig it. The gf says it’s shoegaze for people in interesting shoes. (She’s cute.) Your mileage may vary, so give a listen with the other 159,778 listeners at last.fm/music/Real+Estate.... Belly Up books a close second, as alt-country figurehead Jay Farrar (Uncle Tup, Son Volt) plays a solo show on the Solana Beach stage.... Else: makeshift folkie rollers Brokedown in Bakersfield (Mother Hips, Gramblers, ALO) will open a trunk of tonk on Casbah...Seattle’s the Spits will play their “punk for the people” at Til-Two with Spider Fever and Mouthbreathers...and heavy-metal temp Blaze Bayley (Wolfsbane, Iron Maiden) will bang heads at Brick by Brick.

Monday 14
Radio rocker and one-time Eagle Joe Walsh (“Life’s Been Good,” “Rocky Mountain Way”) dials in at Belly Up — for a hundred bucks a pop! Eesh. Anyway, Walsh is set to release a new solo set early next year (February, maybe) called Analog Man. Everybody loves one. Anybody’s got a ticket they’re not using, I’ll be your pal. [Monk note: some nice lady just clued me that the Joe Walsh show's been postponed to February 2 of next year. Thought she was writing to invite me. Thanks anyway, lady].... There’s more affordable fare cityside, as Soda Bar stages indie folkies Joshua James and HoneyHoney...and Oakland stoner-metal trio High on Fire goes up at Casbah after the down-tempo din of Chicago’s Indian. 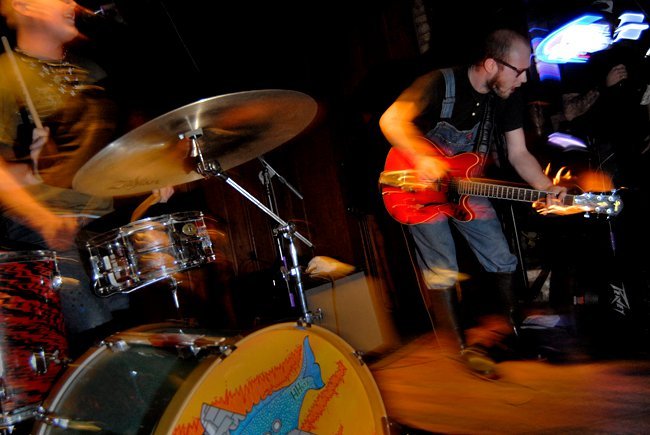 Country-punk duo the Hooten Hallers will take down the Shakedown on Wednesday.

“A set of drums. A guitar. A two-piece hillbilly rock music machine driven by two whiskey-drinking, lyric-slinging cowboys. That’s the Hooten Hallers...” This shit-kickin’ duo from Missourah will take down the Shakedown Wednesday night with “Lectric Prayer” from L.A., Crosby Tyler.... Udderwise: Huntington Beach’s hip-hop ’n’ reggae rockers the Dirty Heads will be down at House of Blues with Gym Class Heroes...Jersey garage punks the Static Jacks plug in at Casbah after an experimental psych set by Denver’s Chain Gang of 1974...while classic-rock classicists Sketchy Black Dog are back at Dizzy’s downtown, deconstructing and recomposing all your faves — Bowie, Zepplin, Hendrix. So, no, nothing’s sacred.
— Barnaby Monk