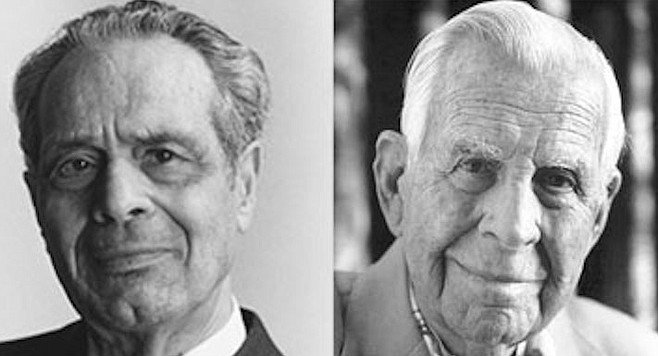 The accounting profession has stark similarities with the world’s oldest profession. Both attempt to operate below the radar, asking few probing questions of their clients. This has been going on a long time, as the histories of El Cajon Boulevard and local financial shenanigans reveal.

Last month, the Public Company Accounting Oversight Board, in an unprecedented move, slammed the Big Four accounting firm of Deloitte & Touche for relying too much on its clients’ word when doing audits; in short, see no evil, hear no evil, speak no evil when blessing a dubious client’s accounting.

Congress created the oversight board in 2002 after accounting scams such as Enron rocked the nation.

Decades ago, the major accounting firms were known as the Big Eight. Then, as mergers multiplied, there was the Big Six and then the Big Five. After Arthur Andersen, accountant for Enron and San Diego’s scandal-plagued Peregrine Systems, lost its license, the Big Four was left standing — wobbly.

Touche Ross was the auditor for U.S. Financial, a high-flying real estate company of the 1960s and early 1970s. Profits seemingly soared as the stock zoomed above $60. But Abraham Briloff, a New York accounting professor and the industry gadfly, declared that the company was a Potemkin village. In his books and in articles in Barron’s, he exposed accounting frauds. Just a rumor that Briloff was planning a Barron’s article could send a stock plummeting. He pricked U.S. Financial’s balloon in a Barron’s article.

Briloff’s favorite story (apocryphal) was about a company choosing an accounting firm. The chief executive interviewed representatives of all the Big Eight, asking each a question: “What does two plus two equal?” Partners of seven firms unhesitatingly replied, “Four, of course.”

But the partner of the eighth firm, after a long pause, replied, “What number did you have in mind?” His firm got the account.

As Briloff and federal regulatory and criminal agencies pointed out, U.S. Financial would sell products to its own subsidiaries, thus pushing up reported profits. That’s a no-no. Then, U.S. Financial would sell out a development before it opened. It would book the expected future revenue, then estimate the expenses — usually understating them, thereby boosting profits artificially.

The company went bankrupt in mid-1973; ultimately, three executives went to prison for financial fraud, and several other executives got lesser penalties. The auditor, Touche Ross, had to pay a bundle of money to settle civil fraud suits. The Securities and Exchange Commission censured the accounting firm and barred its San Diego office from accepting publicly held companies as audit customers for one year. The government agency told Touche to adopt procedures to determine “management’s direct or indirect involvement in material transactions which are included in the financial statements.” That is, “Look out for insider hanky-panky.”

A second legendary San Diego accounting fraud involved the same thing: management’s direct or indirect involvement in material transactions. Half a century ago, C. Arnholt Smith was “Mr. San Diego,” controlling U.S. National Bank and Westgate-California, a conglomerate including a tuna company, hotels, Yellow Cab operations, an airline, and real estate. But the Securities and Exchange Commission said that Smith and his cronies had concocted a scheme to engage in sham transactions to pump up profits of both the bank and Westgate.

Smith and his close colleagues, along with relatives, owned and controlled a slew of assets that would be traded back and forth at inflated prices. The bank would do the financing. The Securities and Exchange Commission pointed out that these deals were put together to hoodwink auditors into believing the transactions were at arm’s length — when in fact they were dubious deals among friends and relatives.

This mare’s nest of deals caused another problem: the bank’s loans to Smith associates vastly exceeded bank regulators’ limits on insider transactions. The United States Comptroller of the Currency said the bank’s muddle of Smith-related transactions was “self-dealing run riot.”

In a 1973 speech in San Diego, Briloff laughed that there must be a gnome that burrowed under the downtown street between the bank and the conglomerate, delivering the assets to whichever place the auditors happened to be.

Westgate went into bankruptcy, and its various entities were sold off. The bank was seized by the federal government in mid-1973. Smith went into custody, albeit briefly.

And what about those accounting firms that the rickety structure was set up to deceive? Westgate went through four accounting firms in four years. One was Haskins & Sells, which eventually became part of Deloitte. Haskins attached a bunch of footnotes to the 1970 Westgate annual report. The accounting firm noted that it had not been able to verify a lot of Westgate’s claimed activities. That 1970 report disclosed numerous transactions that had not been made public before. Smith fired the firm and told shareholders that he was unhappy with those footnotes.

Then, for the 1971 report, he hired Touche Ross. It couldn’t cut through the haze, either, and said so in the annual report. Smith fired Touche.

All told, the Deloitte & Touche predecessors performed dismally in U.S. Financial but did reasonably well in dissecting Smith’s jerry-built empire.

The successor firm, Deloitte & Touche, has been auditor in some of America’s biggest financial scams, including Washington Mutual, Bear Stearns, and Adelphia Communications. It has dodged liability in some lawsuits but has had to shovel out bucks in others. The other three of the Big Four — PricewaterhouseCoopers, Ernst & Young, and KPMG — have been involved in questionable accounting for shady clients but haven’t been ticketed by the Public Company Accounting Oversight Board.

When I was a new MBA student about 40 years ago our accounting instructor, a staff member of Touche Ross' local office, described the accounting profession as the conscience of the business world or something like that. He elaborated that the world depended upon those auditing firms with their staffs of CPA's as the bulwark against fraud, and the most important link in holding the whole system together. Sounded most impressive, and if all the audit firms did their jobs, would be true.

Later on, in the 80's I hired T-R to audit the books of my small employer company. They would nit-pick a tiny client, such as we were, nearly to death. The scrutiny of a single payment made during the year could be intense. Yet we keep hearing how they can and often do miss the big picture of massive fraud. Is there a relationship between the nit-picking and tight focus on tiny details and blindness of the grand con? Or are they just bought off by the fat fees those big clients pay?

It is sad to learn that none of the Big 4 is free of aiding and abetting gigantic frauds. You just cannot depend upon anything now.

You certainly can't count on the accounting profession now. Nor could you 40 years ago. That was in the 1970s when the blatant frauds at US Financial and USNB/Westgate-California were coming to light. My guess is that accountants still boast that they are the consciences of business. Hypocrisy is everywhere, and has been for decades. Yes, they nitpick the small accounts but look the other way with the big clients. One reason is that they feel the Securities and Exchange Commission will also look the other way with the big boys. So they have a good chance to let their big and juicy clients commit fraud. Best, Don Bauder

wow... when u think about it...flawed and corrupted accounting goes to the heart of all of the the financial collapses .... the late 80s (S&L scam and junk bonds) ... dot.com bubble of the 90s ... the housing/credit bubble of the first decade of this century ... fraudlent accounting as far as worthless appraisals ... worthless credit default swaps and corrupted credit rating agencies... banks getting way over-leveraged and the failure to adequately disclose ... these have to become punishable crimes at some point ...

not to mention, the revolving door at the SEC and other regulatory agencies ... and the accounting firms upon which investors are supposed to rely...if the major players on Wall St and in DC are in in collusion ... the big question might be: did a handful of big players intentionally fuel the bubble and then short the markets so they could pocket billions and in the process, practically bankrupt the world? (i heard that if BofA had to pay off all their contingent liabilities tomorrow, they would be bankrupt) ... some day i hope we see a list of who cleaned up in the 'big short' ... and also a list of all the banksters who took federal bailout money for their bonuses ... people are in the streets b/c they are tired of getting ripped off and they'd like some justice for those who stole billions

Good points. Fraudulent accounting is at the heart of our economic problems and public cynicism. The big accounting firms (and cooperating law firms) often invent the fraudulent accounting moves. Other times they overlook the client's phony books. As to a handful of crooks inflating markets and then cleaning up on a short position, that's part of what the case against Goldman Sachs is about. Best, Don Bauder

Belatedly, I just want you to know I thoroughly enjoyed your very well-written article as usual. During late 1967 after serving as an officer in the military on active duty for two years,I was a financial trainee/operational internal auditor on the United Aircraft [Now United Technologies] Corporate Staff.

One of my first assignments was to perform an audit on the inventory for what was then the Pratt & Whitney Aircraft [P&WA]Florida Research and Development Center [FRDC] in West Palm Beach, FL. The facility was located on the "Beeline highway" not too far from where the TV show "Gentle Ben" was filmed. But I digress.

At the time I was one of the very few non-CPA's on the audit staff. When I was in CT I was taking graduate courses in accounting during the evening at The University of Hartford when I wasn't on the road in various parts of the country doing various UAC internal audits. Accordingly, Don, when it came to accounting at the time I knew just enough to be dangerous! What I discovered and what I found peculiar was that the P&WA FRDC conroller was writing up inventory at the end of the year rather than reporting shrinkage which is usually the case. I asked my boss about it because at the time it just didn't seem plausible to me. In any event, as it turned out I literally stumbled onto an unacceptable accounting procedure whereby the controller was controlling the reporting of P&WA FRDC profits by artificially juggling the inventory. The controller was subsequently replaced because of his accounting pecadilloes. It wasn't my intention to get the controller in hot water, but what I stumbled upon/discovered did.

All the very best...

That's a very good accounting story. We should have more of them in this space. Best, Don Bauder