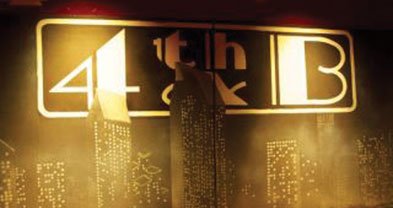 The former owner of 4th&B, the 1500-capacity downtown concert venue, says he is in the process of taking the club back from its current owner and that he is suing Live Nation, the concert promoter that owns nearby competitor House of Blues.

“I’m taking it back,” says Ali Nilforshan, who lives in North County. Nilforshan was one of 17 investors who bought the downtown venue in 2003. He later bought them all out and secured sole ownership.

That group acquired 4th&B from founder Bob Speth, who converted the 25,000-square-foot former bank building on the corner of Fourth Avenue and B Street in 1995. Speth previously owned the Bacchanal club located in a Clairemont Mesa strip mall in the ’80s and early ’90s.

“I sold it to Vince and Judy Puma,” says Nilforshan, who claims he did not receive an agreed-upon buyout amount from the Pumas when they took over 4th&B two years ago.

But what if the Pumas want to reach an agreement on what is owed? “I’m taking it back no matter what,” says Nilforshan, who tells the Reader that the Pumas have been served with a notice of repossession. Nilforshan says the owner of the building has been getting paid rent, so there is no danger of 4th&B going away as a business.

The direction of 4th&B’s programming may change, however. When Nilforshan ran the club, he focused more on electronica dance nights. He was known for hiring major DJs such as Felix Da Housecat. Puma has since pursued more rock acts. “I haven’t decided what direction to go,” Nilforshan says.

From his years of running 4th&B, he says he learned that San Diegans are frugal with their concert dollars. “The major acts always do well. But it’s the middle-of-the-road artists who really struggle in San Diego.”

Of his big disappointments when he ran 4th&B, Nilforshan says a show by the late James Brown “was a big letdown” and that a Whitesnake show also had a poor turnout. But, he also has good memories: “I had the Kings of Leon right before they went mega big. I also had two sold-out shows in one night by Black Eyed Peas just as they were blowing up.... I’m looking forward to doing it again.”

Nilforshan says he expects to have control of the business “in less than six months.” Vince Puma did not respond to requests for comment.

Nilforshan did not want to get into details about a lawsuit he says he filed six months ago against Live Nation, which owns the House of Blues chain of nightclubs and is one of the largest concert promoters in the country. In February of 2006, Live Nation signed an agreement to take over operation and booking of 4th&B, even though they also owned the nearby House of Blues. By November of 2007, Live Nation walked away from 4th&B. At the time, one insider commented, “Only the dimmest of light bulbs could not have known that arrangement wouldn’t work out. Everyone knew the House of Blues would put its best acts in its own club that it owns just a block away.”

Nilforshan took the club back until he sold the business to the Pumas in 2009.

Some of the big-name acts 4th&B has hosted this year include Snoop Dogg, Buckcherry, Eric Johnson, X, the Whispers, Kem, O.M.D., Dokken, TV on the Radio, and Ramón Ayala