Uranium in the Water in Campo Hills 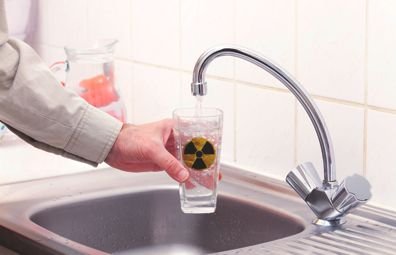 With the price of gas the way it is, maybe a little uranium in the drinking water isn’t such a bad thing. Such is the situation facing residents of Campo Hills, a rustic community about 60 miles east of downtown. “Initial water quality testing of the Campo Hills wells revealed trace amounts of uranium in the water supply,” says a study prepared for the county back in April 2005. “All three wells exceeded the minimum Federal drinking standards. According to the Department of Public Works, it is not uncommon to find traces of uranium resulting from erosion of naturally occurring deposits. It is thought the extended backcountry drought may have contributed to the problem through increased concentration caused by the lack of dilution from rainfall. To address the problem, Campo Hills has constructed a uranium removal treatment system that will reduce levels to comply with the Federal [Environmental Protection Agency] drinking water standard.”

Now the county is seeking a contractor “specialized in water treatment and uranium removal” and capable of operating an “ion exchange uranium extraction system, pumping systems, electrical systems, and associated piping and valve systems.”…Meanwhile, the county’s Department of Agriculture, Weights, and Measures is looking to purchase 25 Garmin GPS vehicle navigation units. According to specifications set out in a recent request for proposal, each unit will be Bluetooth enabled, speak street names, offer turn-by-turn voice and visual guidance, upload destinations from Mapquest or Google, download custom voices, have the ability to navigate to geo-tagged photos, and include a built-in international travel kit (“World Clock, Calculator, measurement converter”). Last but presumably not least, it must be able to tell county workers, “Where Am I?”