JT's Limelight Comin' Down the Mountain 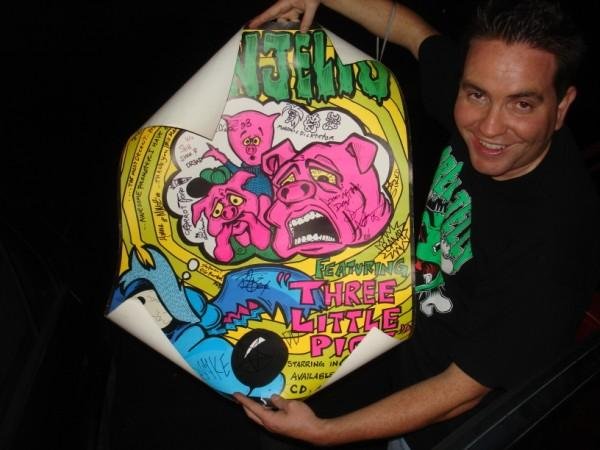 “The City of Escondido had their concerns, but I got verbal blessing from the city council and we’ll start with live music as soon as we finish work on the building,” says promoter Joe Troutman, whose Escondido nightclub, JT’s Limelight, is expected to open within the next few weeks. “They were worried about traffic and security.... I had an event booked for May 13, but it’s taking a while to transfer the liquor license from the Truly Yours [Family Restaurant] that was there for around 30 years. The license is still in escrow.”

Working with an Asian-based investor, this is Troutman’s first time operating his own venue, having previously run the Jumping Turtle (whose contentious history with San Marcos was frequent fodder for local press) and the Ramona Mainstage, which he booked from 2009 through last December. “It was tough to climb up the mountain to get there [Ramona], and the owner wasn’t giving me the support I needed to make it work,” says Troutman. “I wasn’t making any money.”

Troutman hopes to avoid past controversies, such as “pay-to-play” policies he’s been publicly criticized over. “That was mostly local punk bands who crucified me, but we’ll only do that for bands who open for national headliners. The main reason we require [opening acts] to sell tickets is so they actually push the show. That exposure, there’s a price for that. Any band that complains doesn’t deserve to be on the bill.”

Located at 2045 East Valley Parkway with a capacity of around 350 people, the Limelight’s stage is being built with a Carvin P.A. system and a 40-channel Crest mixing console purchased from the defunct Knitting Factory, while the bar and kitchen areas undergo remodeling. “The city was concerned about parking; there’s never enough, but most of their worries stem from hip-hop shows, which I’m not doing.”

The venue is unrelated to the Limelight chain that once thrived in NYC and elsewhere. “From what I read on Wikipedia, they had some drug issues or something going on, and they all ended up closing.”

LOL... please as a disclaimer... Joe did not run The Jumping Turtle at any time. Joe booked all age Heavy Metal shows at the Jumping Turtle between 2007 and 2009. [edited] Any questions? Just ask the local bands. We thought maybe by this point The Reader would be a little bit more careful with the information they print. Especially when it comes to the JT!

Seriously? I get deleted for telling the truth [edited]? Papaturtle has absolutely NOTHING to do with the situation, nor does he know anything about it! The above post is slander and defamation.

Hey Kim! Anytime you and Joe want to sit down and discuss the facts let me know the place and time! I've offered before and have been ignored. [edited] I think this whole concept is laughable. Joe running a venue!! LOL!! Makes for good entertainment though.

Talk, LMAO!!! When have you EVER wanted to"talk"?!? That's comical! I have no interest in talking to you, nor do I have any reason to contribute to your crazy insanity. You are the LAST person I want to waste my breath on. Besides, anything anyone says to you, you twist to use against them. Total waste of time! Please, just let go of the obvious jealousy and leave us alone. We aren't slandering your bar, immerse show Joe the same courtesy. It's the adult thing to do. But if you keep up the games, karma is gonna hit you.

Please show Joe the same courtesy. It's the adult thing to do.

this is welcome news... up until now, the jumping turtle has been the only local venue putting on shows... and that place doesn't even count as a venue... a total dump!!! good luck JT... we need a fresh new place, with a new attitude... just don't make the same mistakes that the jumping turtle made, and you should be just fine...