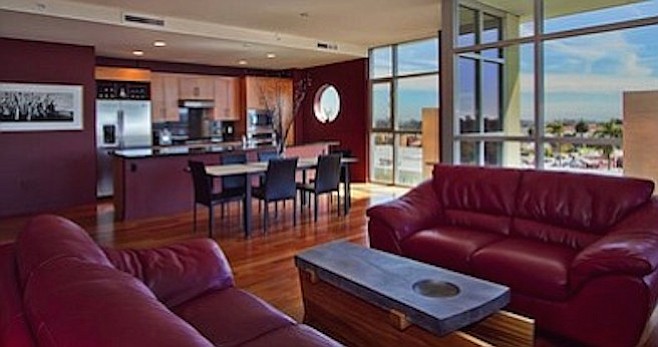 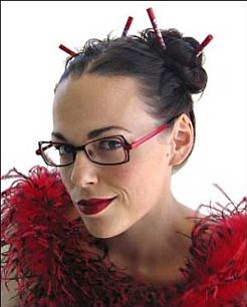 You can never go home again, but the truth is you can never leave home, so it’s all right. — Maya Angelou

Forget marriage — my commitment with my man was consummated the day we followed street signs into a development company’s office and set our eyes on their latest building model. Up until that point, I’d been carving out space for myself in David’s Kensington apartment. It was his place, not ours. I wanted us to create a home together.

I joke that our condo was nothing more than a drawing on a napkin when David and I decided to buy. Though it’s true that we signed the papers with no more than a blueprint and a huge hole in the ground to go on, the floor plans weren’t actually presented on a napkin, and it’s an outright lie to say the place was “nothing more” than a drawing. It was everything.

We were among the multitudes to invest near the top of the market, right before the bubble burst. When it did, many of our neighbors stopped paying their mortgages and bailed on their units. We stayed, hoping if we could hold on for a few more years, things would turn around — with the economy, with the market, with the world.

It took us a week to decide to buy our place; six months to decide to sell it. The recession rippled slowly toward us, past friends and family, eventually arriving at our doorstep. David is an artist, and art is one of the first things people cut back on when times are tough.

When a person gains weight, it happens slowly, barely noticed until, one day, those pants are hard to breathe in. I felt the same way the day I surveyed my finances and realized the balances on my credit cards were higher, the amount in my checking account lower. The majority of our income was going toward paying the mortgage.

“It’s just a place,” David said during one of the many discussions that led to our decision. It had begun as a hypothetical pondering, idle “what if” chitchat. But after a few months, the talks had become serious.

“It’s not ‘just a place,’” I said. “It’s our place. I’ve been the HOA president for over five years, ever since the building was first finished — this is more than just a financial investment for me.”

David’s face lit up. “You wouldn’t have to be on the board anymore.”

“That does sound like a big weight off,” I said. My gaze drifted into space as I imagined how great it would be to surrender the responsibility that comes with giving a shit. I was about to enter my sixth year serving on the board, and I knew just as well as David that I would never relinquish control if I stayed. Not only because no one else in the building seemed interested in replacing me (more than once, I had to recruit members) but also because I wanted to be involved in any decisions affecting my home.

“You have to admit,” David continued, “we’ve been in a rut these last few years. Time is just going by, and we’re doing the same things day after day.” I nodded. “I’ve had plans for years to move our furniture around, but it’s still the same.”

This is the longest I’ve ever lived in one place. As a kid, my father’s naval career had us moving around a lot. As an adult, 23 months had been the best I’d ever managed. “I do like change,” I said. “It might be fun to get to know a different neighborhood.”

“This condo costs too much for us now,” David said.

“Yeah, but now that I think about it, even if we were flush, and the mortgage wasn’t crippling, we’d still be pissing money into something that’s not going to give us any great return. I’d much rather spend that on other things, things we do.”

“That’s part of it,” David agreed. “Quality of life. Say we weather these few really bad months, then what? Think of how much extra we’d have if we rented a place at half the price of what we now pay to stay here.”

There was no arguing with that. Dreams were being put on hold. It didn’t make sense to stay anymore. We were no longer discussing the possibility of selling, we’d moved on to justifying our decision to sell. For the first time since I began taking antianxiety meds, I had a full-blown panic attack: hyperventilation, tears, David chuckling softly as he comforted me because he knew I’d soon be doing the same — laughing at my overblown reaction to something that, in the grand scheme, didn’t matter.

As he stroked my hair, David said, “If selling our place and moving into an apartment is the worst thing we ever have to worry about, we’re doing okay.”

I knew he was right, but that didn’t stop my tears. “It feels like something’s dying,” I said between sobs. “It’s so stupid, I know, but it’s our home. We made it ours.”

“We have each other,” David said. Again, he was right.

“We could have fun figuring out where we want to go,” I said. I wiped my face and suddenly brightened. “If we rented a house with a yard, we could have a garden and maybe even get a dog!”

“Don’t get ahead of yourself,” David said.

I took a deep breath and looked around the room. “We had a great time here.”

“And we’ll always have those memories. And we’ll make new memories wherever we go.”

“We’ll have our ups and downs, but we’ll get through it.”

“It’s just a place.” I realized these words would have to become a mantra until I’d convinced myself they were true. I looked David in the eyes. “One thing I know for sure, even now,” I said, cupping his face in my hands, “is that home is wherever you are.”

tough stuff doll...my best and congrats on how ur career is going :-D

Thanks, Nan! For every bad, there is good. Balance of life and all that jazz. :)