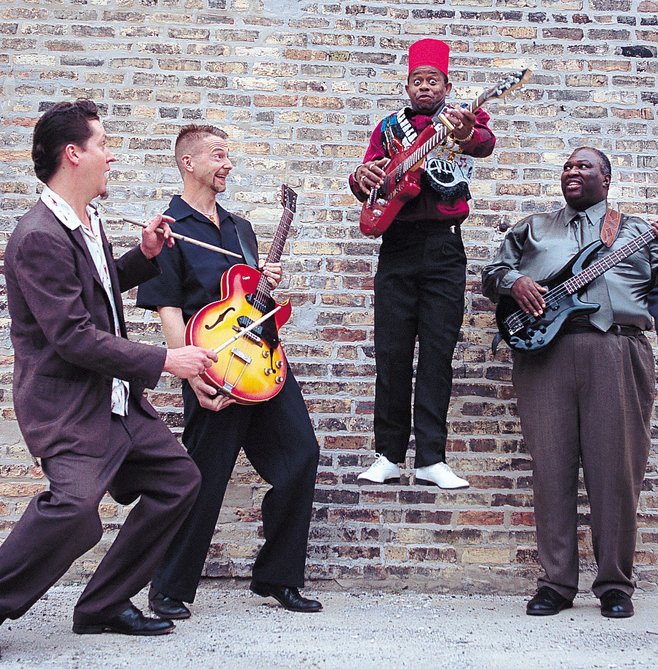 “I see Tommy Castro maybe once a year,” says Michael Kinsman, “and he always says, when are we gonna do another blues fest in San Diego?” Castro, a Bay Area blues artist, performed at two of the original San Diego Blues Festivals back in 1999 and 2002. Kinsman’s answer this time around was Saturday, September 17, at the Embarcadero Marina Park North, an all-day blues concert with James Cotton, Lil’ Ed & the Blues Imperials, Lightnin’ Malcolm, Café R&B, and more. Castro will headline what is being billed as a benefit show. “Any proceeds will go to the San Diego Food Bank,” says Kinsman, who hopes the event will draw at least 6000 people. Admission is $10 and two cans of food. “At that price, we have a good shot.”

An ex-Union-Tribune reporter, Kinsman coproduces the annual Oktoberfest in Ocean Beach. He writes articles for Blues Revue magazine, and is currently working on a book about a bluesman named Watermelon Slim. He also produced a string of local blues festivals here between 1998 and 2003. (“My highest attendance was 4500 people.”) The series was discontinued after 2003. “It was a losing proposition,” Kinsman says.

Kinsman says he didn’t want to produce any more blues festivals. “I just didn’t have it in me. The San Diego Blues Festival meant a lot to me. The failure was hard.” So, what brings him back into the arena? “I’ve been to events and I get excited by them.” A willing sponsor with deep pockets, he says, was the tipping point. “This was not my idea. I couldn’t afford to do it as a little guy. It just wasn’t gonna happen.” Vince Kasperick, founder and CEO of AimLoan.com, deserves the credit for creating this event, Kinsman says. “And Mitch Mitchell, former chairman of the Food Bank, embraced the idea immediately.”

Production costs have all been underwritten by AimLoan.com. Kinsman explains that he is acting only as producer of this incarnation of the San Diego Blues Festival. “It’s [the Food Bank’s] event. All the admission, all the donations of canned food, and any excess funds we might make from the concessions will go to them.”

Is there a big payday at the end of the line? “Not for me. In this particular case, it’s a risky event, but I’m not personally taking a risk.”

Kinsman indicates that if all goes according to plan, there may be more Food Bank Blues Festivals in the future. “But this is not a festival that is ever gonna have a B.B. King or a Buddy Guy headlining,” he says, “because I can’t spend that kind of money.”