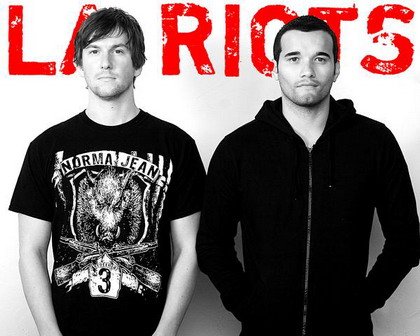 The beach-front music venue that was known for 13 years as Cane’s has ceased operations.

The 900-capacity Cane’s hosted Snoop Dogg, Prince, Linkin Park as well as local bands when previous owner Eric Leitstein ran the Mission Beach nightspot from 1996 until 2009. That’s when Tom Lochtefeld, who holds a 99-year master lease for the Belmont Park complex, forced Leitstein out and took over Cane’s and renamed it SoundWave. Lochtefeld owns the neighboring pay-to-surf amusement/restaurant complex called the WaveHouse.

SoundWave stopped booking music last month. Lochtefeld says that SoundWave is now available to be rented out for private events that may host bands.

“It’s a shame that building [at 3105 Oceanfront Walk] is being underutilized,” says Leitstein, who recently opened the Union Kitchen and Tap restaurant in Encinitas. “We successfully operated that place as a bar and venue even after the fire.” (In 2009, Cane’s sustained a kitchen fire.) “We employed a hundred people. It’s not easy to operate a venue like that. It took me years to figure it out. Tom thought he could just come in and take over. But there are a lot of moving parts.”

The future of the Belmont Park complex is uncertain. In November, Lochtefeld filed for bankruptcy when the city told him the rent on his Belmont Park facility would increase from $70,000 to $480,000 a year. Leitstein paid $300,000 a year to rent Cane’s from Lochtefeld.

An insider with knowledge of the Belmont Park lease says that they expect control of the facility may revert to the lending bank.

Leitstein says he may have an interest in reopening Cane’s. “There have been discussions,” he says.

Lochtefeld says, “I think the city, the bank, and myself will come to an agreement by the first of July.”

Vladimir Balotsky, supervising property agent for the City of San Diego, says he can’t comment because of ongoing litigation.

Meanwhile, the WaveHouse will continue to present outdoor DJ/electronic events each Sunday this summer. Techno duo LA Riots headlined a show there on May 29.

That locale never had much success as a venue until 'Canes - remember when it was Chillers? They brought in world class acts like Steve Hackett and Brand X, only to attract 20 or 30 attendees. That end of the Park also briefly hosted a Beach Boys club -- probably the only reason 'Canes made a successful go was the combination of Eric sticking with it after the first few years of hardships, coupled with his relatively sweetheart rent deal at $300,000 annually.

I suspect it'd be nearly impossible for any concert club to turn a profit down there at nearly a half million dollars a year just for squatting rights.

The take-over was not pretty, so Tom is basically reaping what he sowed...imagine that