Thursday 28
Three nights of pissah punk-n-roll shows as that hooligan haberdasher Brixton brings its fourth annual Johnny Rad Fest to Uptown this weekend. It kicks off tonight at Til-Two, where Seattle’s “punk for the people” trio the Spits takes the stage with like-minded locals the Lumps, the Embalmers, Stalins of Sound, and the Swallows. I’m not going to make a Spits-and-Swallows-on-the-same-bill joke. You can if you want to.... ’Nother Johnny up the road at Eleven, as rockabilly trio Johnny Deadly and the Rattle Rockers roll in the “doghouse bass” to melt your face.... Speaking of face-melters, some pretty heavy frickin metal lands on Shakedown tonight in the form of Bay Area badness Sutekh Hexen and Folivore. Key words in Encyclopaedia Metallum: doom, forest worship, entheogenic black rituals, witchcraft.... And the chair recognizes San Diego son A.J. Croce, who will entertain Anthology with the storied pazz and jop off his latest, Cage of Muses.

Friday 29
The earlyish t’do to do Friday night would be to drop some dough on the ponies at Del Mar and then hit the trackside aftershow with Black Rebel Motorcycle Club. They’re a fuzz band (B.R.M.C., 2001), they’re a folk band (Howl, ’05), they’re a fuzz-folk band (Beat the Devil’s Tattoo, ’10). BRMC hits some sweet spots, songwise, and pander to no one. Except the race place and the big-ass payday.... 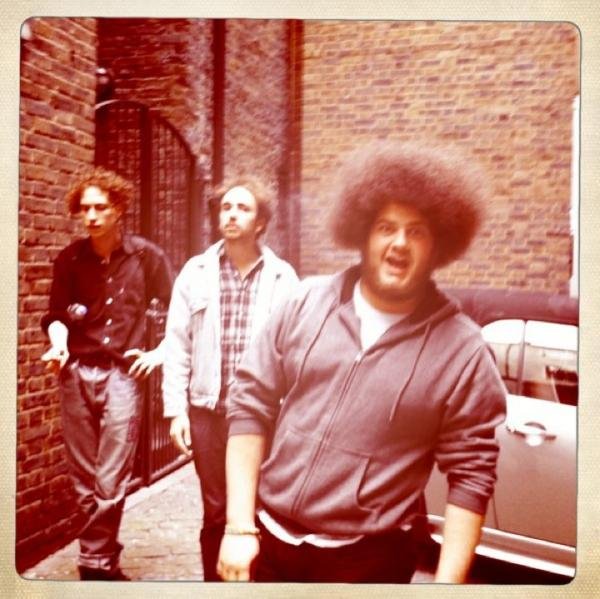 Ooh, look, the Club Cruller’s fave new-old band is back in town. Yup, Yuck. The Fat Possum four-piece continues touring in support of its s/t debut, a historical study of ’90s indie nation, from the Sonic Youth rebellion to ploughing everything under Pavement. The Londoners land at Casbah with Pitchfork pick the Unknown Mortal Orchestra and locals Makeup Sex. Roxy Jones plays the Atari between sets.... Lots more good stuff to look at Friday night, y’all, as Johnny Rad Fest moves to the Ken, where Shannon and the Clams, Half Rats, Kabbs, and Los Sweepers spill it on Adams...over at Tower, it’ll be throwback punx the Last Years with International Dipshit (good name), the Natives, and Toothless George...there’s going to be a tribute for spoken-poet-rap-daddy Gil Scot Heron at Bar Pink (last year’s Heron comeback I’m New Here is still spinning in the truck’s carousel)...down at House of Blues, the Dan Band busts some wedding-singer hilarity (have a laugh at “Total Eclipse of the Heart”: myspace.com/thedanband)...and Dizzy’s dishes blue-jazz classics, featuring local lions Brian Levy (sax), Mikan Zlatkovich (keys), and Hamilton Price and Ralph Penland (riddim).

Saturday 30
I would pay very good money to watch Sonic Youth’s Thurston Moore tune his guitar. In fact, I’m pretty sure I have. 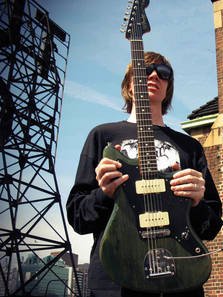 Couple of amplifier fryers at Casbah Saturday night, as Moore joins Kurt Vile at the Middletown mainstay. They’ll do unnatural, unholy things to their guitars. Unfortch, if you don’t have tickets, you won’t be able to witness. This thing’s done sold out.... No matter, an equally wonderful evening awaits across town at the Ken, where — sit down — the Reigning Sound will close out this year’s Johnny Rad! This Memphis act is one of my new-found faves (thank you, Bart) and features Greg Cartwright of the Oblivions. I jumped in with last year’s Love & Curses, which is flawless, but the stuff from the early oughts (Break Up, Time Bomb, Too Much Guitar) is full of flaws and fucking stellar. Tokyo Electric, Waxed Idols, TRMRS, and Joy open the show.... If you miss the doors at the two big gigs, you got a Bowie trib at Bar Pink, Spiders from Bars (?!)...L.A. electrorockers Hell and Lula (“four dudes and a robot slave”) at Ruby Room with Dr. Seahorse and a Fuzz Urban Octopus art show...“Summer Slaughter” hits House of Blues, featuring Black Dahlia Murder and Whitechapel (“Whitechapel” doesn’t sound very slaughter-y)...and there’s an AmeriCares benefit for Japan at the Tin Can with indie rock-roll from And I Was Like, What? (Portland), Gunrunner, and Tan Sister Radio. You watch the women’s World Cup? I was bummed for the U.S. women, y’know, but, like, Right on! for Japan. I was conflicted. 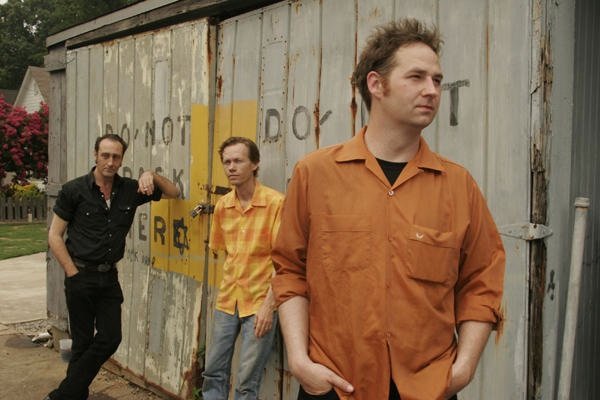 Sunday 31
Laze at the Handlery Sunday with Geezer and the Cured as they play the “Staring at the ’80s” poolside party.... Also early on, there’s gonna be a BBQ skate jam at Shakedown, with skatecore crews G.F.I., Oddball, and Dead on the Wire.... Or roll up Rosecranz to Humphrey’s, where Los Lonely Boys and Los Lobos rock it con queso bayside.... Casbah’s serving up “ska, ska, and more ska” as the Slackers, Amalgamated, and the Night Doctors skank the place.... And up the big hill, Tin Can Ale House welcomes home pirate rockers the Dread Crew of Oddwood, who just pillaged the Midwest for 31 dates straight. Yo ho. 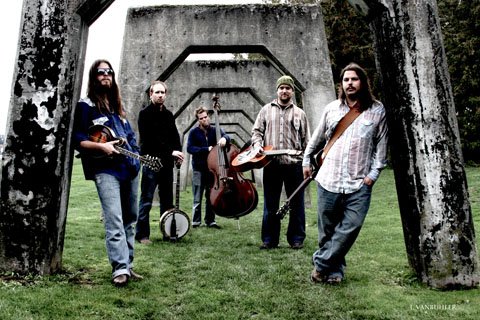 Greensky Bluegrass at Belly Up

GB’s the premiere strings-and-things band outta Colorado, and Colorado exports this shit, so you know it’s grade A...and at Casbah, if you just can’t get enough garage-grown lo-fi indie psych-pop songs, SanFran band the Fresh and Onlys have got your recommended daily allowance. With Terry Malts, the Plateaus, and Mario O spinning round sets, this, my friends, is Anti-Monday.

Tuesday 2
Fraggle rock at the Balboa downtown as Frampton Comes Alive turns 35! Peter plays it for you in toto.... I saw Detroit’s bastard son Kid Rock on the Daily Show a coupla weeks ago. He was shilling Bad Ass Beer, Detroit, and family values. Best line: “It’s hard being the responsible one on the tour.” Rock was referring to his apparently hard-core tourmate Sheryl Crow, who joins the Kid at the Cricket Tuesday night. I capital-L, infinity-shaped-o L∞ve Sheryl Crow. Too strong?... Else: there’s an FM 94/9 About the Music thing at Belly Up with folksy sibs Belle Brigade and Americana act the Howls...and Casbah’s cooking up Cornmeal with Distilled Spirits. Yum.

Wednesday 3
Industrial-metal heads, the Great AmeriCon will be stacking ’em up at Brick by Brick on their Pros and Cons tour. This L.A.-based five-piece features members of Ministry, Revolting Cocks, and Lords of Acid. Valor and Vengeance and the Gemini Syndrome set it up.... “Blackened death metal” band Funeral Pyre will burn down the Shakedown on its tour for Vultures at Dawn.... Brooklyn’s answer to the Band, Alberta Cross, will be at Casbah behind Broken Side of Time, as they bounce around some Southwest residencies. You like your roots rock to ring, the Cross is your thing. Check ’em out: myspace.com/albertacross. They’ll be hitting humpnights through August at the Middletown mainstay.... And this year’s Hippiefest gets all warm and fuzzy at Humphrey’s by the Bay, featuring Dave Mason, Rick Derringer, and Gary Wright. What did the hippie say after the weed wore off? Man, this music sucks.
— Barnaby Monk