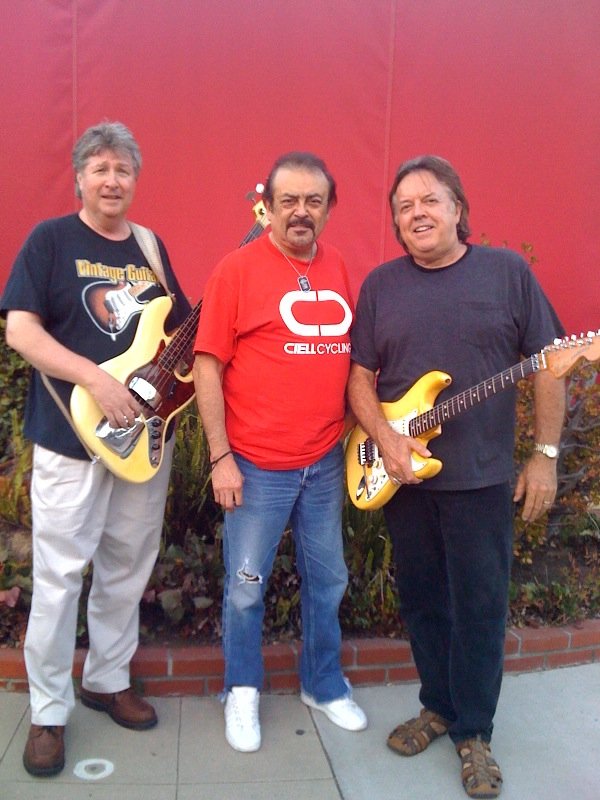 This year there were two milestones in Richard Livoni’s life. He turned 60 in July and, following a hiatus of nearly 30 years, he decided to resurrect rock trio the Blitz Brothers. “We’re gonna do this,” he says. “I wanna play 4th&B and the House of Blues. I wanna open for a bunch of people. A gig a month would be great.”

Why start over now? The answer, Livoni says, is Barney Roach, more or less. “Being the big daddy of the band was no fun.” Roach, who will fill the spot once occupied by Danny (Jamison) Blitz on bass guitar, is the new hustle behind the organizing of gigs and rehearsals and all of the day-to-day tedium, says Livoni, that goes with running a band.

What’s in it for Roach? “I get to be in a band with one of my all-time guitar idols,” he says.

Livoni was playing in an Orange County band called Fast Eddie when he left them to start the Blitz Brothers in 1973. The original members were Livoni, Jamison, and a former Mickey Mouse Club Mouseketeer on drums named Dickie Dodd. The Blitz Brothers made their name at L.A. clubs like Gazzarri’s, the Starwood, and the Pasadena Hilton. “Van Halen,” he says, “was our competition.”

By the time the Blitz Brothers migrated south to San Diego venues such as the Spirit Club, Ledbetter’s, the Palace, and Neutral Ground, Livoni had gained a reputation as a blistering-hot guitarist. “I hated electric guitars when I was a little kid,” says Livoni. He liked jug bands. “Kazoos and shit.” But when the Animals released “House of the Rising Sun” in the 1960s, Livoni says he went out and rented an electric guitar and amplifier. He taught himself to play Paul Butterfield’s East-West and every track on John Mayall’s Blues Breakers album as well. “I became a victim of the Jimi-Jeff-Clapton syndrome.” He laughs.

When Livoni shuttered the Blitz Brothers in 1986 (“one reason was that nightclubs weren’t drawing because of changes in the liquor laws”), he needed a job. “I put an ad in the Reader advertising myself as a recording engineer and I’ve been booked steadily ever since.” The first Blitz Studio was in the basement of his home in Mission Hills. For the past several years, Blitz has been recording bands and writing music in a private stand-alone state-of-the-art digital studio in south Mission Hills on Reynard Way. The new Blitz Brothers band with Livoni, Roach, and Dickie Dodd will debut August 7 at Winstons.

Thank goodness the Blitz is back! Time machine not needed. Rock and Rolls blusiest local band ever! WEEEEEEEEEEEEEEEEEEEEE DOGGIES! J-J-E? Forgot Robin Trower there Richard? LOL! It has been a while, but i still can recite "The Blitz" in my head. Note for note, and beat by beat. Outstanding. It's all about the music (sorry 94.9) in our hearts and souls. Joe taught me a lot about music, and I do miss our friend. See you soon. Potzie. .

As a member of West Coast Vans back in 1980 we contracted The BLITZ BROTHERS to play at the 8TH NATIONAL TRUCK-IN down in Alpine, Ca. They ROCKED that Valley like never before or since. Thousands of Vanners were treated to one of the best Rock & Roll Shows ever at a National Truck-In.

Richard, remember the Fog Machine Frank Cowgill made? We must have stuffed a ton of dry ice in that thing from El Cajon to Hollywood. LOL

Looking forward to Monday Night at the Belly Up. "You'll Be Sorry" if you miss this Show San Diego.