If You Don't Dig 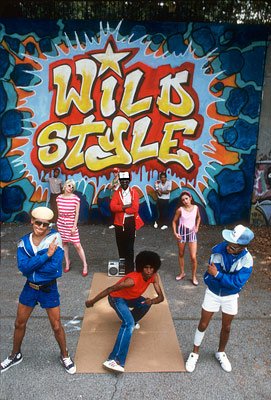 A Medusa has moved into my neighborhood. I live in San Francisco, three blocks from Haight Street. I don’t go down there much because it’s sordid with shoe stores, out-of-towners, homeless folk, and all-purpose muckiness. I feel knocked about by the consumerism and other kinds of greasy neediness on display. That said, there’s a thing of beauty on the Masonic Street wall that serves as gateway to the Haight, a mural by the tattoo artist Lango: his electrifying Medusa parts her lips in an ecstasy of power and allure, a mass of toothy serpents squirming fatly around her head, flirting with their mistress (and us). It seethes with svelte, baleful energy. Lango’s Medusa, like other wall pictures of his around the city, is madly compelling in a street-language way. Some would say this isn’t fine art, but he and other good draftsmen-tattooists follow, in their hyperbolic way, Paul Klee’s advice to artists: “Take a line for a walk.” The graffiti tradition, in its broadest sense, tracks back to prehistoric petroglyphs and cave paintings, though those practices were bonded to belief systems or sacred rituals. Contemporary graffiti culture — street artists call it writing, tagging, or bombing — started in late 1960s Philadelphia when a kid named Cornbread spray-canned his name and a crown on his reform school’s wall, on an elephant in the zoo, and on the Jackson 5’s private jet. His strikes were an index to the impulses behind street art that swarmed cities in the 1970s and 1980s: anti-institutionalism and an anti-authority, anti-advertising animus that aspired to advertise an authority of its own. Cornbread pioneered the urge to let no blank public space go unheeded.

The exhibition filling the Geffen Contemporary in Los Angeles’ Little Tokyo, Art in the Streets, isn’t only about graffiti or street art. It’s a carpet-bomb exhibition that covers as explosively as possible not just the art itself (and make no mistake: some of these writers are terrific artists) but all the culture streams that have flowed into or provided inspiration or infrastructure for street art. The confluence includes: outlaw taggers who broke into New York rail yards and turned the sides of subway cars into mural surfaces awash with thrashing, zipper-y, often comic imagery; the Lower East Side gallery scene that tried to commercialize street art without taming or domesticating it; L.A.’s cholo culture, its low-rider car art, gang life, and tattoos; skateboarding, with its hang-dog costuming and daring public-performance acrobatics, and its cultural precedent, break-dancing. Tumble these cultural dust storms with the music of the times — the Sex Pistols, the Clash, the Tom-Tom Club, Los Van Van — and you’ll approach, but only approach, the experiential overload of Art in the Streets.

Subway writers’ blocky, jagged, melting forms boast the daring of image-making-as-perilous-act. We can only sense and appreciate this remotely, however, because most of the items on display at the Geffen are, obviously, photographs of the cars and walls that showcased bombers’ art. If you actually rode the New York subway back in the day, you’ll find that the photographs scrub the imagery of its fuzzy city-grime surround, but, stacked like motley Lego blocks, they convey the rolling-carnival spirit of the enterprise. They pump up and primp the colors, too, so that the streaming “walls” have a more vibratory look than they actually did, but the photos are true to certain effects — the atomized color fields, the zoom-y elasticity, and the Necco Wafer palette.

The graffiti that infested New York subway interiors, however, didn’t charm. Jeffrey Deitch, director of L.A.’s Museum of Contemporary Art and organizer of the exhibition, writes in the catalog that in the mid-1970s, “the New York subways were like total works of art.” That’s a partisan view. Total works of art they may have been, but that’s not to say the art was good. Besides, subway riders didn’t get the opportunity to choose the art that was imposed on them and that, inside the cars, invaded their psychological privacies. The random scrawls and slashing incoherent imagery were like obnoxiously loud fellow riders ranting unintelligibly about subjects that had nothing to do with your life. See the 1982 photo of Lady Pink seated against the background of one of her early scrambled tags. Call me unhip, but that kind of anonymous hostile visual noise made a lot of people nervous (as if New Yorkers need worse nerves) and put a chokehold of fear and random anger on a shared, relatively civil public space.

As for the hip and the unhip, Art in the Streets plays a shady gambit with those who have misgivings about street art and perform their own derring-do by criticizing it: the conscience behind the show seizes the higher ground of imperturbable, cool knowingness. If you don’t dig, you ain’t hip, get it? Or you’re among the culture-elite that taggers tweaked and teased. This sort of curatorial sandbagging co-opts criticism. (The show’s subtitle should be that tart bit of street talk: “It’s all good.”) I detest this kind of let’s-get-down high-handedness that thinks it knows what really matters much better than we do. It’s cynical elitism of a special, dressed-down kind that smacks of condescension to the very artists it claims to value. To this badly educated white boy raised on the streets of South Philadelphia, part of a museum’s mission is to encourage the exercise and sharpen one’s critical — that is, discriminative — intelligence. If I want to be bullied by haranguing visuals and sounds, as I do in fact sometimes want to be, I’ll go see Inception or Lady Gaga.

I don’t mean to tar the artists with that brush. Some of the work is good, really good. My favorites are Richard Hambleton’s streaked black human figures that drain starkly down walls or stride like raggedy shadows in a hurry to get nowhere. (He splashed many from his “Shadowman” series in places where passersby would suddenly come upon them.) They’re as streetwise as it gets, they’re formally exciting, and they mess with your psyche. Street art, though, like any other, is susceptible to mannerism. Once three-dimensional drop shadows were developed, they quickly became a limp default mode, and the cultivated visual velocity (subway painting looks broomed sidewise by wind) and congestive, obsessively repetitive forms got stale, too.

To judge by the reactions of visitors the day I was there, Art in the Streets is a great show for kids and their families, maybe because they don’t even try to process the experience, or maybe they perceptually handle a lot more input than I can. I’ve never felt so pounded and depleted, and I’m someone who values energy for its own sake — in art, music, club-life, whatever — but all mere energy all the time makes for jangling boredom, and Art in the Streets is that kind of experience. This viewer, at any rate, kept yearning for the sort of contemplative pause that some of the work on display occasions. Banksy’s sooty, vaguely melancholy wall figures — a brass band, a child clutching a TV, a baby pouting in her galvanized-pail bath tub — are visitors from other realities taking up residence in ours. Stelios Faitakis’s mural, a complex narrative that engages Byzantine art, street uprisings, urban architecture, and sex, has an exquisite, brazen finish. And the writing Jean-Michel Basquiat did when he was still Samo (before his paintings started making millions for him and his handlers) scratched out urban telegrams composed by a gently naughty but also truly vexed streetside seer. Most of the stuff on view, though, clamors for our attention like needy children.

I believe good art wakes us into a freshly reimagined experience of familiar realities. Too much street art wakes us by yelling at us. Then again, if the exhibition weren’t so audacious, I never would have seen an enchanting and absolutely nutty object: in a room featuring a mural-ed low-rider stood an enameled tangerine-flake baby stroller, which for an instant made me wish I’d had a different sort of childhood. ■

Mr. Di Piero has some astute observations about the formalistic, social and historical precedents concerning "street art", but his comment about subway/streetcar interior "tagging" and "graf" I found to be a bit startling:

"...subway riders didn’t get the opportunity to choose the art that was imposed on them and that, inside the cars, invaded their psychological privacies. The random scrawls and slashing incoherent imagery were like obnoxiously loud fellow riders ranting unintelligibly about subjects that had nothing to do with your life."

What would be interesting is to swap the concept of "graf/tagging" out for "advertising" in general; I most certainly don't have the opportunity to choose the messaging that is imposed upon me that has, for the most part, nothing to do with my own life..."Too much (advertising) wakes us by yelling at us."

It is fairly easy to look at any "scene" from the outside and critique its snobbishness/elitism (and the "street art" scene has plenty of that internecine and exclusionary nonsense to go around) and find it all an overwhelmingly hip spectacle (this seems to be Di Piero's significant, though not overriding, take on the show. Along with the implication that this show is a synecdoche for the whole scene/movement)...but, it is quite another situation to find within a group or scene tactics and/or methodologies that could be perceived as radical critiques of culture and society as a whole.

Di Piero's irritation and dislike for interior graf/tagging within subway cars does just that. Whether he realized it at the time of this review or not.