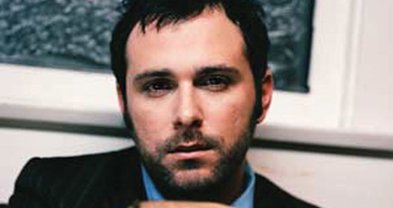 If you saw the recent Glee episode with Cyndi Lauper’s “Girls Just Want to Have Fun” covered as a slow and somber ballad (and charting this week in the Billboard’s Hot 100), singer/songwriter Greg Laswell thinks they got the idea from his own four-year-old single, heard in 2007 on the TV show Damages and in 2009 on the Confessions of a Shopaholic movie soundtrack. “Finn, one of the main characters on the show [Glee], performed an exact note-for-note copy of my sad-Sam cover,” says the part-time San Diegan. “There was no public nod or recognition for my version.”

“Whenever I play for audiences that have never heard of me before, this is the one song above all others that allows them to say to themselves, Oh, I know this guy. It’s that song for me. I’m perfectly aware that it is a cover, but I deconstructed it beyond recognition, and it’s always been my little baby.”

When Laswell tweeted his feelings about the TV rendition, he says, “The people over at Glee were upset about my calling them out.... Their official response to my label is that they want to ‘move on.’ I just feel like I’ve been stolen from, and, well, for lack of a cooler way to put it, I’ve been bummed about it all week. They could have even changed a note or two and, honestly, that would have given me enough to move on from it.”

In a similar case, local singer/songwriter Scott Wilson says, “An L.A. group called Fog and Smog featuring DJ Spider seems to have had the same idea for a song called ‘Yoga Girl,’ five months after the release of my own song by that name.”

Like Laswell, Wilson took to Twitter, contacting DJ Spider directly to ask if the group knew about his own “Yoga Girl.” “No, didn’t realize,” tweeted Spider. “Little different vibe tho. Ours is a comedy song ha-ha.”

Wilson notes, “Theirs starts pretty much the same, with a tambura sample. It’s a pretty common Indian instrument. Mine starts with ‘Yoga girl,’ and theirs with ‘Hey, yoga girl.’ As far as the concept goes, it’s very similar, isn’t it? I look at it as a sequel to my song, not a copy. Mine is like an internal dialogue, and theirs is like real-world exaggerated dialogue. As if I was considering trying to hit on the yoga girl, and they actually did.”

“I sent them a link to my blog and did not hear back, so they’re either contacting their lawyers or maybe they think they’ve picked up a crackpot.”

To Hear Glee's version of the song go to http://www.youtube.com/watch?v=8rThX0fk5TY

To hear Fog and Smog's version of Yoga Girl go to http://www.youtube.com/watch?v=L-8IPD...

To hear a mashup of the two versions of Yoga Girl go to http://soundcloud.com/metapunk/yoga-girl-rap-fog-and-smog-and

If you'd like to see Version 1 of the new Yoga Girl music video by Scott Wilson go to http://youtu.be/puHQvooMFHY

To see Version 2 of the Yoga Girl video AKA Yoga Girl vs. The Eight Limbed Ashtanga, go to http://youtu.be/V1ZGT5_UPKI