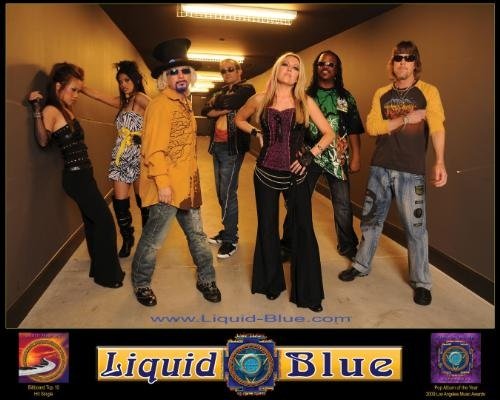 “We believe in the Occupy movement and others like it,” says Scott Stephens, manager and vocalist of local pop-rock entourage Liquid Blue. “We’ve been an activist group for many years. We’re really hyped to support this movement and provide an ongoing source of income for them.”

Liquid Blue launched their monthly “Occu-party” concert series to benefit Occupy San Diego protesters at the Ruby Room on December 14 with Latin-world-reggae group Todo Mundo, the Rootstrickers, the Proles, spoken-word artists, and guest speakers Martin Eder of Activist San Diego and Occupy San Diego media liaisons Ray Lutz and John Kenney, both of whom have been arrested for their participation in the Civic Center protests.

Liquid Blue’s set included their single “Earth Passport” (a song about world peace that holds a Guinness World Record for “Song Sung in Most [nine] Languages”) and classic protest songs from Dylan, Springsteen, Lennon, and others.

“We believe that the power of an individual voter has greatly diminished and the wealthy [one percent] now control the majority of influence and power in the United States,” their website reads. “We advocate a nonviolent people’s revolution that aims to bring power back to the people. Music has always played a significant role in movements of social change, and it’s our desire to help uplift and unify citizens willing to stand up for their rights and the rights of others.”

Named after a form of LSD from the ’60s (“We believe everyone should ‘turn-on’ at least once or twice”), Liquid Blue has been dubbed the “World’s Most Traveled Band,” with performances in over 115 countries.

The next Liquid Blue Occu-party is on Friday, January 20, at the World Beat Center at 8 p.m.