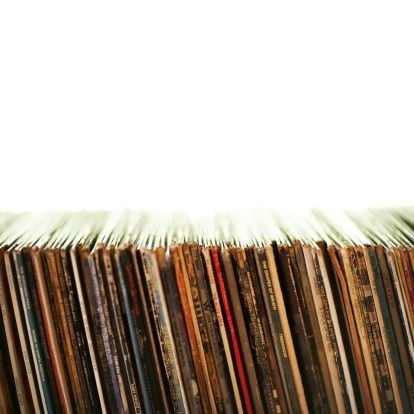 John Meeks and Joanie Mendenhall will debut their From My Grave EP on September 3 at Tin Can Ale House. “We’ll play all the EP songs, plus a few you’ve never heard,” says Meeks, “as well as covering the Everly Brothers tune ‘Maybe Tomorrow.’”

Justin Pearson’s punk band ReTox launch their debut full-length Ugly Animals on September 8 at Porter’s Pub. “The CD design was done by Brandon McMinn,” says Pearson, “who did the All Leather records and the cover of my book From the Graveyard of the Arousal Industry.”

On September 14, the Belly Up hosts Nena Anderson’s release party for Beyond the Lights. “I’m going to give away the opportunity to win a private house concert,” says the three-time SDMA Best Jazz nominee, “plus we’ll have some limited-edition merchandise, including screen-printed event posters.”

Volume nine of the local band compilation Staring at the Sun gets an all-ages release party at Lestat’s on September 16. Performing will be 321 Stereo, Scott Mathiasen, Marie Haddad, Wendy Bailey, Scott West, and Joey Harris, whose bandmate Mighty Joe Longa is battling cancer and will receive some event proceeds toward medical bills.

The September 22 release party at Anthology for sultry songstress Sacha Boutros’s CD Sacha, Live in Hawaii will include a rare treat. “I usually cover tunes from the great American songbook, some French chansons, and bossa nova,” says Boutros, “but the Anthology audience will see me play piano and sing a new song of my own, something nobody has ever seen onstage, anywhere in the world.”

Whoever’s in death metal band Pathology this month will debut their album Awaken to the Suffering on September 23 at the Ruby Room.

The same day, Netherlands-based Mascot Label Group will back a worldwide re-release of Transfer’s Future Selves, SDMA winner for Best Rock Album of 2010.

On September 27, expect the new full-length from ‘tween popsters Allstar Weekend, All the Way, on Disney’s Hollywood Records.

The New Kinetics will be releasing their album CONTACT on September 27th, and they are holding a record release party on the 28th at Bar Pink. Opening the show will be Hotel St. George and The Schitzophonics. The album can be heard and pre-ordered at www.auralgravy.com/contactpreorder.htm. The video for their first single, "Riffle Raff," can be seen at http://vimeo.com/26550041.

The Bloody Hollies' new full-length Yours Until the Bitter End drops Saturday, September 17, with a release party at the Casbah that will also feature Low Volts, Hocus, and the Old In Out.