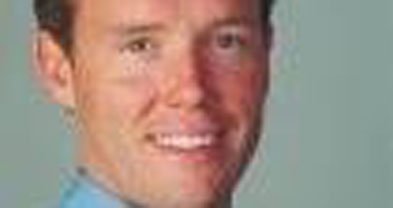 “I get to keep my minivan,” says MP3tunes owner Michael Robertson, who is claiming a victory in the copyright infringement lawsuit filed by record label/music publisher EMI Group Ltd. against him and his company in 2007. The record company accused Robertson and his sideload.com of illegally providing free online access to thousands of songs.

Says Robertson, “MP3tunes is making it possible for more than 150,000 people to listen to their music everywhere, including some EMI personnel who have personally complimented me on our system.

“In their attempt to stop MP3tunes, EMI is using their massive legal department and deep pockets. They are telling the courts we are pirates.... It is unfortunate that we are being dragged into court and have to expend time and money on this issue, but someone has to go first. Someone has to blaze a trail defining consumers’ rights with their personal music.”

Judge Pauley, however, sided with EMI on an issue that leaves the door open for future litigation, ruling that MP3tunes should have done more to enforce music copyrights, such as deleting any suspected pirated songs from its users’ accounts. How MP3tunes is supposed to determine which songs may be pirated was not addressed.

Update: "We're disappointed that the court found that MP3tunes was entitled to a safe harbor for some of its conduct under the DMCA,” said EMI in a statement. “EMI believes that companies like MP3tunes, which knowingly build a business based on stolen music, should not be entitled to any DMCA safe harbor defense, and we're evaluating our options to seek review of those portions of the decision."

The portion of the lawsuit directed personally at CEO Robertson had already been dismissed. “This is a significant victory,” says Robertson, “because EMI had sought to take my cars, home, and bank accounts.”

“Personal lawsuits are a gravely serious matter. Increasingly, media companies are suing CEOs of companies as individuals. This intimidation tactic has permeated cases involving Limewire, Multiply, isoHunt, Usenet.com, and others…It’s a short-circuiting of the court system, which is meant to adjudicate disagreements between businesses in this technologically-shifting era.”

MP3tunes is still in hot water over around 350 songs that it neglected to delete after being notified of the music's rightful ownership by EMI and other copyright holders. Each violation could rack up $30,000 in penalties.

It's been suggested that Robertson's best defense against being fined thusly is to turn over its website user information so that the actual infringers and bootleggers can be prosecuted, instead of him and MP3tunes.

Robertson’s old website MP3.com was sued in 2000 by record labels and music publishers, resulting in a settlement of over $100 million. His AnywhereCD venture was shut down after being sued by Warner Brothers, and Robertson was sued for trademark infringement by Microsoft/Windows for calling another venture Lindows.

He was forced to rename it Linspire.