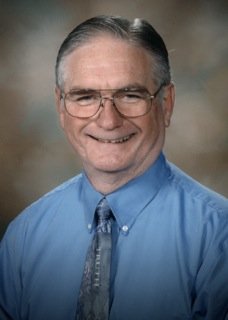 Pastor Roger Wagner: I tell people now that it takes me 38 years to prepare every sermon! But…if I’m familiar with the text, it takes three to five hours; if it’s new material or going back over a book of the Bible I haven’t studied in detail for a time, then it could be ten hours or so. It’s a small church, so I don’t have a staff. That means I’m directly involved in the lives of the people. So, there’s a direct connection between the pulpit and my pastoral ministries, visitations, and prayer. My direct contact with the people feeds into the sermons and vice versa.

PW: More and more I love to preach about the life of Christ, his redemptive work, his personal contact with people, his miracles and parables and so forth….

I don’t think we can get well enough acquainted with Christ.

PW: The spiritual formation of my people is my foremost concern. I really do see myself as a shepherd, and my job is to get them from where they are when I find them through to the end of their lives if we’re in the same church at that time. I want to see them growing.

PW: We frame it, really, in God-centered terms. We are a community of people who worship and serve God. And then we break that idea out in terms of fulfilling our mission to the community, both to evangelize and to show compassion through various kinds of ministries.

PW: First, you go to be with Christ, which is Heaven, although I think most of the conceptions of Heaven that are part of the popular Christian imagination don’t have a lot of biblical basis. There’s not a lot said in the New Testament about it; the point is that we’re absent from the body and present with the Lord. So, Christ is with God and we will be with Him. But our ultimate hope is in the life after the life after death, in a resurrection body, in the new heavens and new earth. That will be the final consummate eternal state. I really think, although Paul says that to depart and be with the Lord is better than what we have now, our ultimate hope is the resurrection of the body and life everlasting.

SDR: Is salvation pretty much universal then?

PW: No, it’s for those who put their trust in Christ. Our sins need to be forgiven in order to be reconciled to God. I do believe the Bible teaches that for those who reject God and live their lives in rebellion against him there will be eternal punishment. Now, all true believers go. It’s not just Presbyterians, Baptists, or Roman Catholics, but anyone who genuinely trusts in Christ, has their sins forgiven, and has that hope in eternal life.