Barona and Sempra Provide Hospitality to Pols and Their Staff 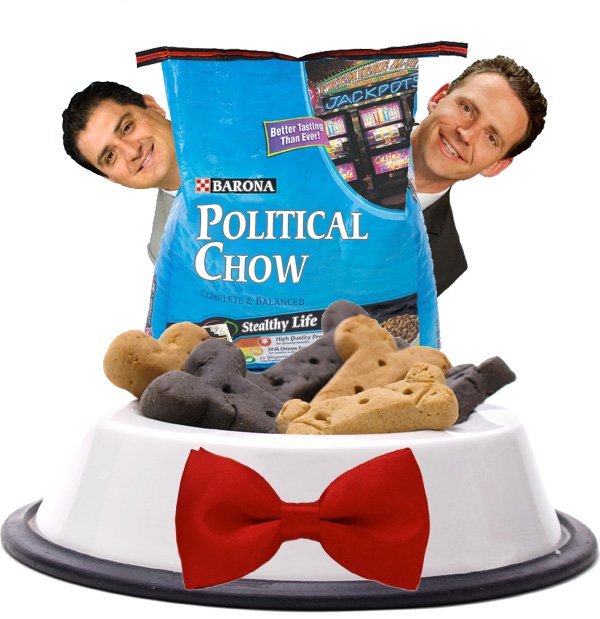 Local politicos of both major parties continue to partake of the hospitality offered by Native American casinos around the county. During the second quarter of the year, according to state lobbyist disclosure filings, Barona spent $1578 transporting, entertaining, and feeding a variety of elected officials, including GOP assemblyman and San Diego mayoral candidate Nathan Fletcher, who got a meal worth $23.75, and Democratic assemblyman Ben Hueso, who ate $60 worth of food. Hueso also was treated to car transportation via Karlton’s Limousine valued at $72.58.

Each of the assemblymen who took the limo ride, with the exception of Hernández, is also down for $60 at the Barona Steakhouse. Democratic senator Kevin de León played an $80 round of golf at the Barona Creek Golf Course, and Democratic assemblyman Michael Allen, who is assistant majority leader, enjoyed a $96.12 room at the Barona hotel.

San Diego’s own utility giant Sempra Energy was no slouch in the gift department either. On May 14, it paid $125 a person for GOP assemblyman Kevin Jeffries and field representative Kristin Fuller to attend the S.A.F.E. Denim and Diamonds fundraiser. “The western-themed event takes place at K.D. Acres, a beautiful 15 acre ranch in the heart of Temecula Wine Country. It is fun, casual, and definitely comfortable while still being just a little fancy,” according to an account on the Taste of Temecula website. “The live auction is always fun, and a delicious dinner will be provided by American Classic Catering. There will also be dancing, all night long!” Safe Alternatives for Everyone is a domestic abuse charity.

Sempra also forked over $71 for a Padres ticket it provided to Christopher Marsh, district director for GOP assemblyman Martin Garrick, and $184 for “Angels tickets and refreshments” for Cynthia Quimby, district director for Republican senator Tom Harman, vice chairman of the powerful Rules Committee. A $113 ticket to see the Dodgers play went to lawyer Ken Minesinger of Corona, a boardmember of the 46th District Agricultural Association and a major player in Riverside County Republican politics.