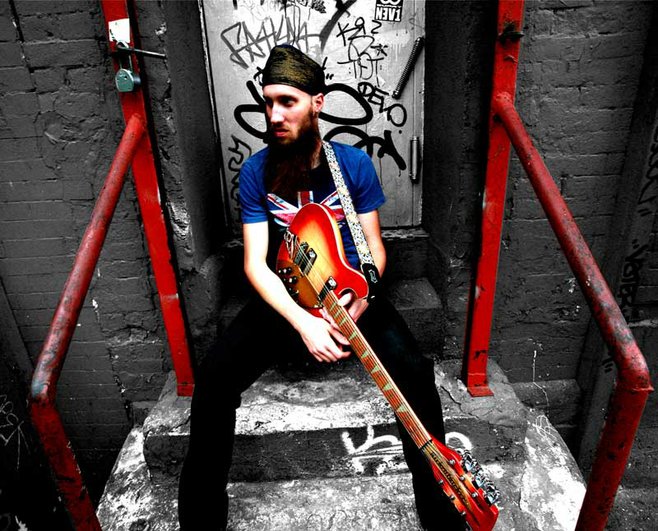 “Our whole thing is never doing the same thing twice,” says Eugene, Oregon, native Hargo Khalsa. “There are a lot of moods and a lot of energies on the record, and that’s something that we strive to do. Always change it up.”

Hargo, a four-piece band that has drawn comparisons to the Beatles, Beck, and Radiohead, re-released their five-track Faint Glow EP this April. The band sent out 500 promotional CDs in an effort to relaunch the group after a falling out with their previous drummer, which resulted in a brief hiatus. Ron Kerner has since taken over the traps alongside guitarist Sanjay Parekh and bassist/beat-programmer John Jolley.

“The Faint Glow comes from a lyric on the first track, ‘Soul Survivor,’” Hargo says. “It’s about Tokyo in the year 3000 — people being stripped of their emotions and trying to rebuild them. Another song is about the pharmaceutical industry. There’s a strong theme of just being human, not a citizen of anywhere — a citizen of nowhere. The humanity we share is what really matters, more so than being down with the king, you know? I went to school in India for a while, and there is definitely an Indian influence in the music and the lyrics.”

The pending Out of Mankind full-length was recorded in New York in the summer of 2009. Hargo plans to release it this fall.

“We’ve been sitting on these tracks for a long time,” says Jolley, “so for our live material, we’ve been going in a more electronic direction. More experimental.”

“We’re just excited to get out and play as many shows as possible,” says Hargo. “We’ve got, like, 30 bah mitzvahs lined up.”