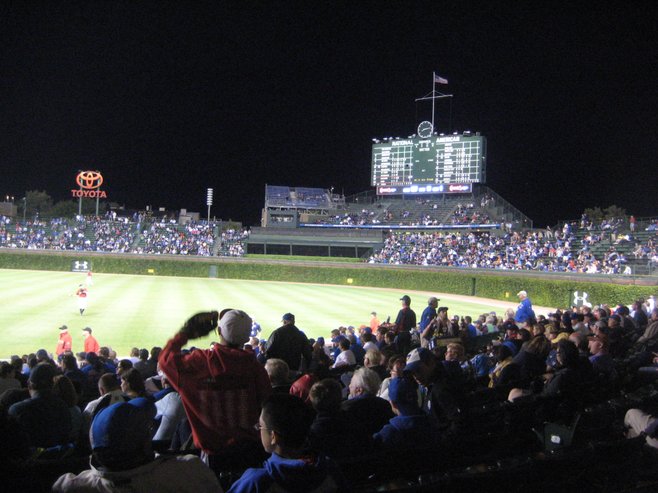 Built in 1914, just two years after Boston’s Fenway Park, Wrigley Field is America’s second-oldest ballpark. But the Wrigley family (as in the gum) didn’t own the venue until 1920, when it was known as “Weeghman Park” and “Cubs Park” for a few years.

It was here, during Game 3 of the 1932 World Series, that Babe Ruth pointed towards centerfield before bombing his “called shot” home run. “Mr. Cub,” better known as Ernie Banks, belted his 500th home run in 1970 here after playing 19 seasons for the Cubs. It’s not hard to understand why he popularized Wrigley’s nickname of the “Friendly Confines.” Pete Rose slashed his record-tying hit into right field to join Ty Cobb (at 4,191) in 1985. And in more recent years, Wrigley showcased Sammy Sosa unloading his 60th home runs in 1998, 1999 and 2001.

But at Wrigley, history doesn’t stop on the playing field. The first permanent concession stands in baseball parks began here. It’s said that Cub fans enjoyed the privilege of keeping foul balls before any other ballparks permitted this. And it’s also rumored that here was born the custom of fans throwing back any balls hit from the opponents’ bats.

The Cubs have been referred to as “The Lovable Losers” due to their 102-year run without winning the World Series. But this record would surprise any unknowing onlooker after seeing how loyal these “Cubbie” fans are. 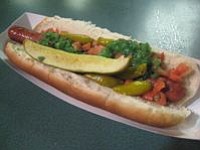 Their team could be losing, but crowd’s jovial spirit survives. It’s like these people hope that their team will win, but will revel in their park’s customs and good times no matter what. They are a group that drinks the local Old Style beers while chomping on the famed Chicago Dogs layered with some relish that looks astonishingly (read: radioactively) green. They didn’t attend night games until 1988, when ballpark lights were finally installed. Their scoreboard’s digits have been changed by hand every inning since 1937. Some fans don’t even sit in the stadium, but buy tickets for across the street on the rooftop of a few apartments.

So there I am at Wrigley Field. It’s a summer night game. I consciously realize that my face is beaming its fascination due to the surroundings. I must look like my Danish friends did when I took them to see their first baseball game. It’s halfway through the seventh inning. I notice that the swarms of beer vendors have vanished, and then I am hit with a spectacle: “Take Me Out to the Ballgame.” I have never heard a group of fans sing this song with so much glee and energy.

Obviously Harry Caray (the deceased Cubs announcer made famous for singing along with the crowd) lives on here at Wrigley Field, along with the park’s traditions.