Hey, Matt: How come an orange tastes so weird immediately after brushing my teeth? It doesn’t seem to matter what kind of toothpaste I use or how ripe or unripe the orange is. It always seems to taste like hot aspirin. Four out of five people agree. — Jay, via email

Somewhere around here there’s a pretty thick file of questions like this from other baffled brushers. It might be the stack holding up the patio table leg so it doesn’t rock back and forth. Anyway, I’ll take Jay’s query to represent all — all who brush their teeth before breakfast instead of after, just asking for trouble each morning. 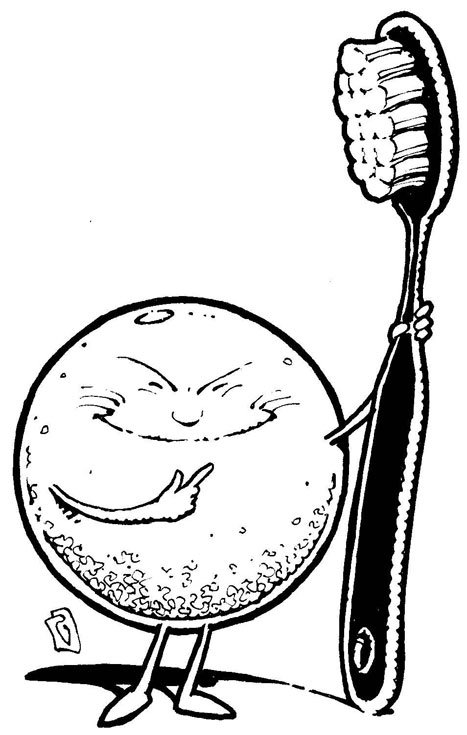 For some reason, the science guys claim they’ve not really proved they have the answer. But I’ll say they have a pretty hot guess here. It’s full of just enough chemical whoop-de-do and physiological stinkfoot to captivate anyone. So think back to our earlier lessons on taste: four basics and one foodie additive that you can take or leave. Sweet, sour, bitter, salt, and umami, said to represent a hearty savoriness typical of meat dishes. Forget umami for the moment.

So as foods slip by the appropriate receptors, Jolly Rancher molecules link with matching sweet receptors, dill pickles tickle the sour, and so on. Everything nice and tidy until we introduce a tsunami of foamy toothpaste. The foam-creator in soaps, toothpastes, shampoos, and other sudsy junk is sodium lauryl sulfate. In toothpastes it lowers the surface tension of saliva, which allows the paste to spread around our mouths and bubbles to form. While we’re distracted by all the foam, SLS is sneaking through the background, shutting down our sweet receptors and boosting our bitter receptors. Then we rinse, spit, and slug some OJ. Unknown to us, because of the SLS, our tongues have been set up to ignore the juice’s sweet and enhance the juice’s bitter. So we make a face, put down the OJ, and ask for the hundredth time, “Why does toothpaste make orange juice taste so bad?” Well, ask no more. Or brush after you breakfast. Or switch to apple juice, which apparently is less affected. It does occur to me that you grapefruit fans might favor the toothpaste effect, though. It should give the fruit enough sour oomph to curl your hair.

Hey, Matt: What’s up with street addresses and the post office? Most street addresses nationwide are either three or four digits. Most of Riverside County uses five digits. Why? New communities in coastal O.C. get to use two digits. How did they score those prestigious address numbers? Are they better than the rest of us? — Curious Ken, Cardiff-by-the-Sea (where we still have three- or four-digit P.O. boxes)

So what’s the deal, Ken? A three-digit P.O. box is somehow greener than a Riverside street address? No terrible waste of digits in Cardiff? Smaller carbon footprint in your laid-back, seaside postal situation? Well, maybe. And maybe it just means you’re very far west. Anyway, let’s see if I can disentangle the P.O.’s M.O.

So the urban sprawl is pushing east. Great grids with same-o houses on them, a drunk dad’s nightmare. Roads start variously at spots in the east and grind westward. More grid lines running north-south. You’re now magically a fireman. There’s a fire at 1034 Dangle Avenue. Dangle Avenue begins at the foot of some mountain of decomposing granite, farther west than its neighbors. So you want to get fast to 1034 Dangle Avenue, but you’re not exactly sure where it is, since all street numbers in your checkerboard development begin at 1 in the east, at the city line or wherever, and run into the thousands at the western line. Wouldn’t it be nice if all houses on a north-south grid line had the same numbers. Say, all houses between north-south Thwap Street and Big Mac Boulevard ran from 1001 to 1009. Next block over, 1010 to 1019. So you hear “1034 Dangle,” you can say to yourself, “All 1034s are between [north-south] Whiz Way and Tweetlander. Let’s go, guys!” Big, long street numbers are on big, long streets that probably cross city lines. But we don’t start renumbering just because of that. Grid numbering in new developments explains tiny offshoot lanes with two or three dusty submansions that have five-digit addresses. They happen to be built in the grid square that bears those numbers. Does any of that make sense? I hope so. It really is a good deal for delivery people and emergency personnel.

Button It Up, Swabbie

Referring to the zipper question [last week]: Many years ago when my husband was in the Navy BZ (before zippers), he told me that one button was for each of the original states. After a while, he told me they really meant 13 chances to change your mind. — Annie