They Take Away Unemployment Benefits Now! 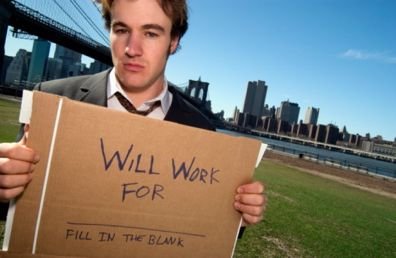 Prospects for San Diego job seekers looked bleak in May 2008. The economy was struggling, the county reported that 83,400 people couldn’t find jobs, with an unemployment rate of 5.4 percent. At the time, a recession was rippling through the country and the federal government decided it had to do something to help those without jobs. It granted a 20-week extension of unemployment benefits to help people weather the bad economy.

There have since been more extensions, because the economy still hasn’t come around. But in late June, the U.S. Senate refused to grant another extension to jobless individuals.

In San Diego County there were 157,000 people without jobs and the unemployment rate was 10 percent. The state of California was worse off. Unemployment was near a record high 12.4 percent and 2.28 million people – 212,000 more than a year ago – were out of work.

So, they take away unemployment benefits now?

Senate Republicans sidelined legislation that would have extended jobless benefits because they saw no way to do so without adding to the federal deficit. They also said that some people have been on unemployment for 99 weeks and that’s long enough. It’s time for them to go out and find jobs.

While that may sound good in some quarters, it simply doesn’t fly. First, the nation’s unemployed didn’t cause the recession. They had nothing to do with the financial crisis that has toppled some of our largest financial institutions and forced an unprecedented government bailout.

Second, finding a job today is not easy. California created about 96,000 new jobs during the first five months of this year; if the state’s economy continued at that pace, it would still take about two years to get everyone back to work.

The U.S. Bureau of Labor Statistics said this spring there were five people looking for each available job. It also noted that 46 percent of all unemployed individuals have been out of work for more than six months, substantially more than the 26 percent of jobless workers when the record was set in 1983.

By the government’s own estimate, if every available job were filled in California today, that still would leave the state with 1.8 million unemployed individuals.

There are no big fans of the unemployment insurance program. Employers, who pay taxes to fund benefits, are typically critical of it. Legislators, who have to bolster it in troubled times, see it as a financial drain. And workers who benefit often find that they can cover only a fraction of their monthly obligations with their unemployment grants.

That doesn’t mean unemployment compensation isn’t a good thing. It is, and it’s important. Unemployment benefits are considered temporary benefits, but when a recession this deep and this long exists, we have to reshape our definition of temporary.

Since unemployment started in the New Deal era, the nation has never refused to continue unemployment payments when the jobless rate was higher than 7.2 percent.

Today, San Diego’s unemployment rate is 10 percent, California’s is 12.4 percent and the nation’s is 9.7 percent.