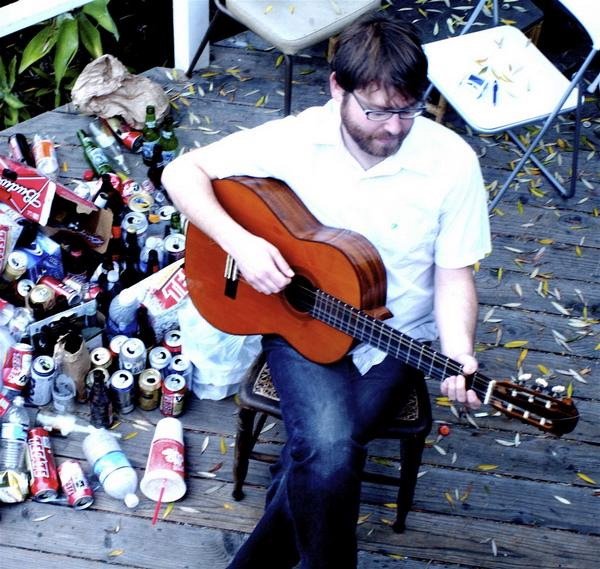 Acoustic minimalist Drew Andrews, between Via Satellite and Album Leaf projects, debuts a new solo CD at the Casbah on January 13. The dual record-release party includes Boomsnake, plugging their new EP and 7” Re/Visions, with opening sets by Writer and Metrofique.

On January 23, songstress Astra Kelly has a release party for her EP Battling the Sun at Ruby Room. On the same day, jazz diva Karin Carson launches her new full-length The Time Is Now at Tango Del Rey. “There is a time and a place for new beginnings,” she says of the album title. “We are constantly on the verge of change. The things that seemed so important so many years ago, weeks ago, months, or even days ago, are consumed…”

Screamo specialists a Shattered Hope are hoping to put out their newest by the end of February, if they can coax some good (and free) cover art out of someone.

March will see new droppings from Ratt (Infestation), as well a full-length from the Glee grrls of Bitter Sober. “We’re in the studio with [producer-bassist] Beth Ladwig, recording with elliotthedog music,” says percussionist Megan Jane. The group spent their summer touring West Coast hotspots in Seattle, Las Vegas, Portland, and Phoenix. Jane’s other band Veronica May is also in the studio, recording a full-length with King’s Ransom.

Kenny Eng’s Live From Lestat’s debuts with a January 15 release party at the Normal Heights venue. “The album is selection of solo-acoustic songs that will be on my next full-length LP,” says Eng. “I wanted to give listeners a bit of insight as to where songs come from, and how they evolve from an idea, to a rough song, performance, and eventually, on the next album, to a fully produced track.” L.A. songwriters Ernie Halter and Tony Lucca also appear.