Dog and woman never looked back.

“I’ve become a more positive person,” Fridono says. “Ricochet’s message is to focus on what you can do. I’ve had a chronic illness since I was 16 [juvenile rheumatoid arthritis]. I’ve been in pain most of my life. My grandmother died on Mother’s Day, my father died in October, my mother died on Christmas. The same year. I grew up around gangs. The guys I knew when I was 16 were getting killed. I was pretty fearful. A lot of bad things happened.

“It’s hard not to get down when you feel down. My background is one of sadness and struggle. Since last year my mindset has changed. I’m able to be more positive, and if things happen, not dwell on the bad parts, but realize despite my limitations I’m able to facilitate Ricochet’s journey. That’s given me purpose. I can’t go out as much as the normal person can, but I can do a lot online. I can help other people and raise money.

“I’ve met the most amazing people.” Fridono swallows. “It brings me to tears because they’re. . .just. . .so giving. From total strangers to people who come out and physically help us. The people we help, like Patrick [Ivison] and Ian [McFarland], become family. They invite us to their family functions. It’s overwhelming. The generosity.

“I can’t explain what happens when Ricochet interacts with people, but I see it happen. She draws people into her and bonds with them immediately. I have another dog, my service dog. She’s my dog. With Ricochet, I really feel,” Fridono chokes up, “that I’m in the role of guardian, to keep her safe so she can do the work she needs to do, to touch as many people as she wants to touch, but she really belongs to everyone.

“It took time to realize the impact she has and how powerful she is. Simple things like when we were at Doheny State Beach a couple weeks ago with the Best Day Foundation. There was a little boy, he was probably ten years old — I think he had Down Syndrome — and he was sitting on the beach talking to Ricochet. He wanted to bury her in sand. He had a little shovel and was pouring sand over her head and feet. There were birds six feet away from us and Ricochet loves to chase her birds [Ricochet was dismissed from a service dog–training program because of her bird-chasing], and despite that, she was in the moment with that boy.” Fridono begins to cry. “And nothing else mattered to her but being with that boy. It’s those moments when I see how special she is. She has this way of reaching into someone’s soul and touching it.

I’ll start the clock at June 9, 2009, at the Loews surf competition in Coronado, I believe that was their first event. Ricochet was 17 months old. Since then, Fridono and Ricochet have raised money ($50,000 plus) or provided goods and/or services for Patrick Ivison (a 15-year-old quadriplegic), Ian McFarland (a 6-year-old brain-damaged boy), Rady Children’s Hospital, Helen Woodward Animal Center, Surfin’ to Chase Away K9 Cancer, Arthritis Foundation, Be the Change for Pets, orphaned animals, breast cancer, a new wheelchair for a woman with spina bifida, Ocean Healing Group, Best Day Foundation, a therapeutic swimming pool for a brain-damaged 2½-year-old girl, Association of Amputee Surfers, Wheels 2 Water, Surfers Healing, Surfin’ Santa Paws Toy Drive, and more.

The pair has been mentioned in hundreds of newspaper and magazine articles, appeared on CNN, NBC, ABC, CBS, FOX, ESPN, local TV, local newspapers, one movie, one TV pilot, and will make their way into five books next year.

From scratch. One sick woman. One dog. 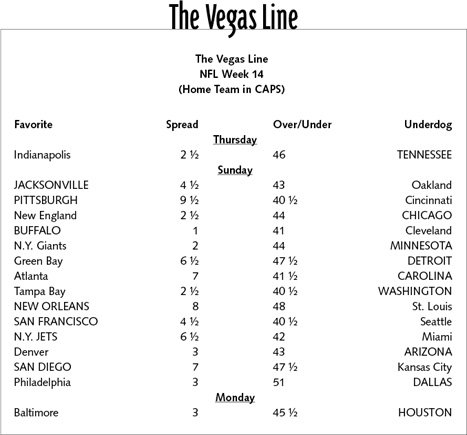 I'm proud of you!

Ricochet has a major fan base on Facebook, myself included;

LIVING A LIFESTYLE OF HELPING OTHERS BY PAWING IT FORWARD, WHILE RAISING AWARENESS & FUNDS FOR HUMAN/ANIMAL CAUSES, INCLUDING ADAPTIVE SURFERS, SPECIAL NEEDS KIDS, K9 CANCER, AND ANIMAL RESCUE/SHELTERS.

I SURF FOR FUN & WIN CONTESTS TOO! I USUALLY PLACE IN THE TOP THREE AT SURF DOG CONTESTS, TAKING HOME MEDALS. PAW-ABUNGA!

I promote kindness, charity, philanthropy, and social responsibility, such as my video about anti-bullying "You're amazing just the way you are!. http://www.youtube.com/watch?v=m8ormD... .

I'm best known for my inspirational video that went viral on YouTube "From Service dog to SURFice dog", which has almost 3 million views, and touched the hearts of people all over the world, bringing them to tears. Kleenex alert! http://www.youtube.com/watch?v=BGODur... .