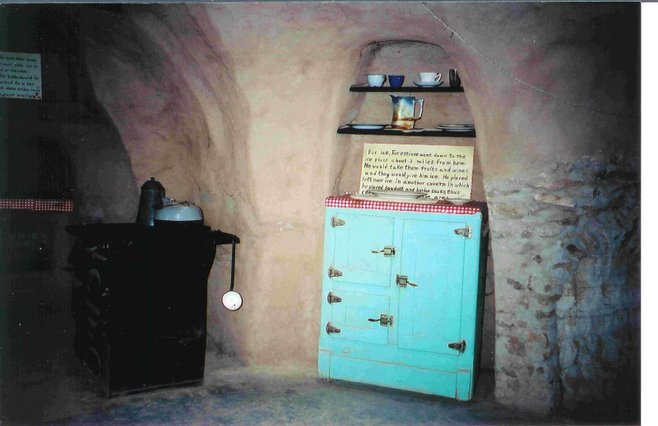 If I’d been living in Fresno in the early 1900s, I’d have visited Baldasare Forestiere often, especially in August.

On a guided tour, you can follow the pathways that meander through his subterranean home. His network of rooms, patios, courtyards and niches have skylights made by cutting circular holes for light, ventilation and rainwater for his plants. A bath alcove is chiseled out of bedrock. A kitchen and two bedrooms are nearby.

Forestiere arrived in the United States in 1901 at the age of 22. Over the next 38 years, working alone with a pick, shovel and wheelbarrow, the 5’4” man who never learned to read or write created this elaborate, 10,000-square-foot underground abode.

The creation of a simple man lies 20 feet below the surface of the earth at 5021 West Shaw Avenue, just a 5½ -hour drive to the Central Valley. Tour prices are Adults $12, Teens $8, Children $7. Days and times can change, so call 559-271-0734 to confirm or visit their website: undergroundgardens.com.