The Chargers are playing at Oakland Monday night, on the B side of ESPN’s double-header. Normally, I don’t count watching a game that includes the Raiders as more interesting than watching termites colonize the back-porch steps. It was the news that Raiders head coach Tom Cable allegedly sucker-punched his subaltern, Randy Hanson, breaking Hanson’s jaw, causing not one but two Hanson trips to hospital, and the announced-but-unseen involvement of the Napa Police Department and NFL lifestyle marshals that got my attention.

Every statement is media-true in that it’s been reported in the press, but there’s something missing. Cable was a homeless SDSU graduate assistant, and he was in the NFL for a paltry two years before becoming interim head coach, and he did, allegedly, promise to terminate with extreme prejudice a junior coach. All media-true except…allegedly attacking a fellow coach in a room full of witnesses…a toady doesn’t do that.

Couple things stand out. Cable’s always had a job, ten jobs in 20 years, but continuous football employment. He’s only been head coach once, for Idaho, which doesn’t earn him props since he’d already spent six years at Idaho as a player and graduate assistant. He was fired after amassing a dismal 11-35 record. Cable got to the NFL in 2006 as a humble line coach. Now turn around, take a deep breath, and behold: Al Davis makes him a prince. At the press conference announcing Cable’s investiture, someone left a mic open and you can hear Al talking to one of his flunkies, “Who’s going to introduce Tom Cable? I don’t know that much about him. Get something, get his press packet.”

This could only happen in Raidersworld. Still, no matter how he got there, Cable is an official NFL head coach now, and that is money in the bank for the rest of his life.

Okay, who is Randy Hanson, alleged victim? Hanson was born in Sacramento, played quarterback at San Joaquin Delta College (Stockton), Walla Walla Community College, and Pacific University (Forest Grove, Oregon). Part-time coach at Eastern Washington University, graduate assistant at the University of Washington (defensive line and special teams), back to Eastern Washington as assistant secondary coach, then Portland State as secondary and special-teams coach. Hanson made the leap to the NFL with the Minnesota Vikings as offensive assistant/assistant quarterbacks coach in 2003, moved to St. Louis Rams in 2006, and on to Oakland as assistant defensive line coach the following year. Hanson made his NFL debut three years before Cable cashed his first pro paycheck.

Hanson did not get along with the previous Oakland head coach who once suspended him for five days. On the other hand, he was lauded by Oakland’s defensive coordinator. Minnesota’s head coach praised him, and he did a good enough job at St. Louis to come to the attention of Al Davis, who personally hired him. Does not fit.

I wonder what would make it fit? Well, one rumor has it that Hanson was a snitch and that’s why Cable hated him to the point of allegedly launching a physical attack coupled with a promise of murder.

But if you believe that, then you’d have to believe Al Davis hired someone just to spy on and rat out his own coaches. Is that possible? 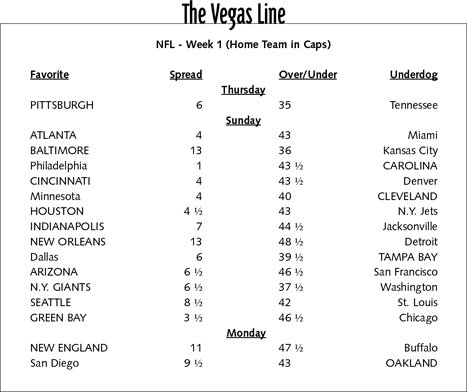 I wondered when this story first broke (and the guys jaw broke), if police look at a case like this the way they do with domestic violence charges. Meaning, the wife may be crying, with a broken nose and bloody face, telling the cops she was sorry and it was her fault and that she doesn't want him to go to jail.

I can imagine an assistant coach might do the same thing, as this is the head coach and he might not want him to lose his job (or him, for that matter). And, if this guy DID press charges, and then lost his job, could he sue the Raiders for firing him "for that reason"? When, in actuality, coaches lose jobs all the time (especially if you're involved with the Raiders). It's not like another job where you might complain about a boss, and if you're fired because of the complaint, you'd probably have a slam dunk of a lawsuit.

Wow, the Charger Raider game has a 9+ point spread, the second largest of the week.

Hmmm....Raiders plus 9 are good odds.