A League of Their Own

The NFL season is upon us, and fans by the tens of millions are setting aside family time, domestic chores, and community service to meld with their HDTV. Let them — the Box is stalking bigger game. To wit: the United Football League (UFL). I have prepared an exhaustive, exclusive preview for your eyes only.

As few know and fewer care, the UFL is America’s new professional football league. Training camps are open, and the first contest is set — California Redwoods versus Las Vegas Locomotives, October 8, in Vegas.

The league was announced in June 2007 by William Hambrecht, founder of WR Hambrecht + Company, an investment banking firm. The UFL would be composed of eight teams, each one playing in a metropolitan area not serviced by an NFL franchise (read: L.A.).

And then the economy went south and the UFL is a year late, now with four teams and a six-week regular season. The championship game is scheduled for November 27 at Sam Boyd Stadium in Las Vegas. Games will be played on Thursday and Friday evenings.

So, how stand their chances? Follows, in no particular order, are some facts to consider.

More good: Cheap tickets. The UFL plans to have an average ticket price of $20.

And more good: Money for players. Making the rounds on sports blogs, and finding itself a home on Wikipedia, is the following quote about the UFL pay scale: There will be “several players on each team making in excess of $1 million dollars a year.”

The bad: The UFL pay scale has been leaked. Marginal health benefits. Players sign a one-year contract for $35,000. If a player hits every incentive, it would be possible to make another $15,000. Punters, kickers, and long-snappers go for $25,000. Quarterbacks, $60,000, with some wiggle room if a Michael Vick shows up. It’s a six-week season, so the money is not as bad as it first appears, but it’s still working in the kitchen of In-N-Out Burger, compared to the NFL.

Good: The UFL has an experienced general manager, Rick Mueller. He’s a former NFL personnel executive, did time with Jacksonville and New Orleans.

Bad: Rick Mueller. According to the UFL, “Mueller will serve as GM to all four teams as well as overseeing all aspects of scouting and player acquisition for the League.”

The owner of the Las Vegas Locomotives is our investment banker to the stars, William Hambrecht. The head coach is Jim Fassel, 1997 NFL Coach of the Year and Super Bowl XXXV loser. Fassel was fired by the New York Giants in 2003, then did two years with the Baltimore Ravens as offensive coordinator, providing them with one of the worst offensives in the league. Fired in 2006. But, the absolute and indisputable bottom of his professional career was found in November of 2008, when he wrote a letter to Al Davis recommending himself as the new Raiders head coach. The UFL is a mighty step up from that. The team has signed two quarterbacks you may have heard of — J.P. Losman and Tim Rattay.

The California Redwoods, owned by Paul Pelosi. The head coach is Dennis Green (who needs to be bitch-slapped ever since that Arizona Cardinals after-game press conference).

The Florida Tuskers, owned by Stuart L. Sternberg, a Wall Street investor. He is also principal shareholder in the Tampa Bay Rays. Head coach is Jim Haslett, who held that position with the New Orleans Saints.

The UFL has television contracts. Some games will be broadcast by the Versus network, other games on HDNet. Some will be webcast.

Will they make it? Well, it’s not a good sign, so much is last-minute. The name of the Florida franchise was announced on August 12, California franchise named on August 11, the chairman of the UFL’s board of directors was hired on August 6, and so on.

It’s absurd to have one general manager for four teams. So is a six-game regular season. The league is about washed-up players and coaches. And there are way, way, way too many investment bankers running the show. 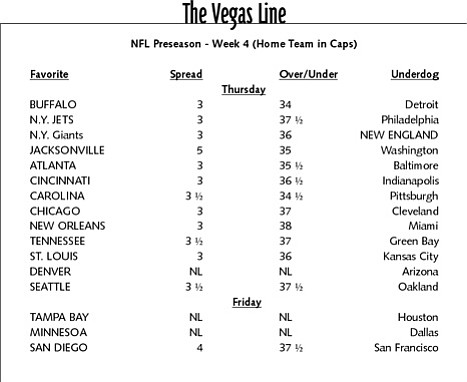 LMAO! Can anyone say XFL? You'd think these retards would learn from the mistakes of others. How do you compete with 4 teams and a six week season? Let's send them the Chargeless as a gold star for at least trying.

Dang, I'd clean forgotten about the XFL. That seems like one of those ideas whose time never really came.

Who could forget Rod"He Hate Me"Smart? Or Yo Murphy? LMAO! What a joke.

You have inspired me. That will be me you see at New Candlestick Park tomorrow night rooting my Redwoods. (Wordplay: My presence will "root" them in the city.) It may only be me among the vastness of empty seats. I'll wave.

The XFL was a $100 million train wreck for Vince McMahon.

Vince knows wrestling, but nothing else. Vince thinks the wrestling baloney that works on zit covered teenage boys will work on the rest of America-it won't.

And before Vince lost his shirt in the XFL he lost it in the WBF-the World Bodybuilding Federation-more XFL/wrestling nonsense applied to BBing.