Howdy, Matt: I’ve always wondered how when I take an aspirin for a headache the aspirin knows to go to my head and not to my foot or my elbow or somewhere else. But if I took an aspirin because I hurt my foot the aspirin would go there and not to my head. Please tell me what’s going on. — Headache Boy, via email

Hey, Matt: Tell me, tell me please why people put aspirin in a vase of flowers. Flowers don’t get headaches, so what the heck does aspirin do for a bunch of roses? I think they’re all pretty stupid for putting aspirin in flowers. — Elena R., via email 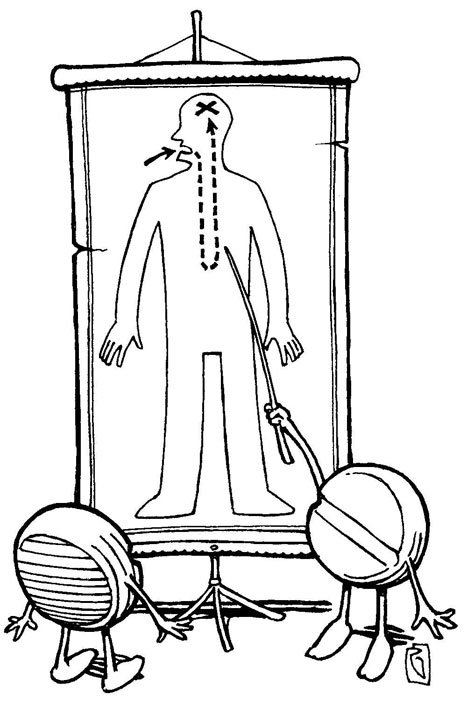 Aspirin is tricky stuff. Actually, it knows nothing about your wounds or pains. Or your roses, for that matter. It just follows its chemical destiny. So, put on your science hat, Headache Boy, it’s going to be a bumpy ride.

Since ancient days, people have chewed willow bark to get rid of aches and pains. Nobody knew exactly why until science guys in the 1800s identified salicyn as the active ingredient. They formulated a derivative, salicylic acid, and then said the science-guy equivalent of eureka! But when they tried out their new pill, people’s headaches went away but they had such bad stomach problems the science guys knew they had to head back to the lab. When they added a chemical from the acetyl group and made a pill they called acetylsalicylic acid, they struck gold. No headaches, fewer stomach problems, no worries that the science guys didn’t really know how it worked.

Finally, somebody in the 1970s figured it out. Seems that aspirin loves to bind with an enzyme that produces pain, swelling, and fever in response to an injury or illness. It plugs up holes in the enzyme molecule and blocks chemicals called prostaglandins from being released. Prostaglandins are the thingys that tell your brain, “Ouch, that hurt!” They also cause inflammation, but that’s to create a sort of cushion for the injured cells so they won’t be damaged further. So, no prostaglandins, no swelling, no pain.

The aspirin gets into your bloodstream and looks for prostaglandins and the enzyme molecules that produce them. When they bump into your headache, they go to work. If you also had a stubbed toe or a bad elbow, they’d take care of that at the same time. Aspirin doesn’t know where you hurt and doesn’t care.

Scientists aren’t quite so sure about Elena’s roses. There are two theories, take your pick. Perhaps aspirin enlarges the stem cells that carry water to the rest of the plant. Or maybe aspirin reduces the growth of fungi and bacteria on the stems so they don’t rot as easily. Choice number two is maybe better since adding a tiny bit of bleach to a flower vase also prolongs the life of the blooms. Bleach would also kill bacteria.

So, there’s the story of aspirin, mighty mighty aspirin. Oh, yeah. The same process that reduces swelling also helps prevent blood clots. Hmmm... Can you maybe throw the versatile pill in the washing machine to whiten your whites and brighten your colors? Put it in your gas tank to get better mileage?

Hey, Matt: I’ve noticed that people are using the term “estate sale” instead of the term I grew up with, “garage sale.” What’s up with that? I went to an estate sale, and it looked as if the sellers had dragged stuff out of their garage, set up a folding table in front of their garage, left the garage door open, and set up shop. What part of this is stately? — Jay, Looking for the perfect coffee cup

One man’s garage is another man’s estate. True, estate sales used to be auctions of high-toned doodads from fancy houses. But since you can call your sale of unused exercise equipment and Scrabble games missing five or six letters anything you want, why not add a note of class? When did the sale of anything ever involve the truth? Ever buy a flea at a flea market? A white elephant at a white-elephant sale? Or a garage at a garage sale, for that matter.

Heymatt: My husband and I have a difference of opinion on something you said in your answer about women talking so much. My husband thinks you are confessing to being a therapist when you say, “because I, a therapist.…” But I think you are paraphrasing the “therapy-addled ’60s” therapists, rather than speaking for yourself. Please set us straight (from the hip, if you will). — Patsy, Pacific Beach

As advertised — straight from the hip, I say Patsy wins the nuance prize. I am not now nor have I ever been a therapist. Perhaps I’ve needed one, what with the elves and all, but anybody who’d come to me to set their life straight (from the hip or otherwise) would be in deep trouble.