You’ve been waiting for it, and now it’s finally come, the capstone of televised sports: Lumber Liquidators U.S. Open. This is professional bowling at its best and the last of four major tournaments on the 2008–2009 Professional Bowling Association (PBA) tour. The winner collects $100,000 and a three-year exemption. Participants can be found at the Brunswick Zone Carolier Lanes in North Brunswick, New Jersey, starting Sunday.

Professional bowling has been on television since 1962. Broadcast entities, in chronological order, are: ABC, HBO, USA Network, NBC, ESPN, CBS, and ESPN. In the 1970s and early ’80s, more people watched bowling on Saturday than any other sport, save college football. Bowling had better TV ratings than the Masters golf tournament or the NBA Finals.

Nowadays, the sport has fallen so low that its current television network, ESPN, paid nothing for broadcasting rights. And, PR-wise, LUMBER LIQUIDATORS is an unfortunate reminder that the PBA TOUR came within an ace of going bankrupt.

So, what’s up in Bowling World?

Well, the money is still lousy. Chris Barnes, the reigning PBA Player of the Year, won the Go RVing Match Play Championship last week. Got a check for $25,000, which is typical for a non-major tournament. Chump change…NASCAR gas money.

According to the U.S. Bowling Congress, league bowling has dropped 2 million bowlers since 1980. Why for?

Here are some possibilities. Bowling a 220 game used to be considered very good night’s work. Get a 220 average and you were king of the bowling alley. Now, 220 is an average score. Why for?

Bowling-ball technology and lane machines have, critics say, made bowling 220 so easy that no one has to learn how to actually bowl.

Some people — maybe you, maybe me — blame it on Kegel, creator of the Sanction Machine, a fiendish device that applies oil onto bowling lanes. The beast has four pumps and the ability to lay down a predetermined amount of oil onto a lane. You could, and many have, put more oil on the inside of the lane and less oil on the outside. This pattern is called a top-hat pattern, and it will funnel a bowling ball directly to the pin sweet spot for a strike whether your throw was off or not.

Bowling balls mutated, each generation more powerful than the one before. In the 1980s, polyester and urethane ruled Bowling Ball World. Then Nu-Line churned out resin balls in the 1990s. The resin ball produced more friction than earlier balls, which meant, particularly when matched with an oil pattern that funneled the ball home, more room for error, more strikes.

Now comes the particle ball. It’s more porous than the resin ball, creates more friction, makes the ball hook more, gives the player more room to be off on his throw and still make a strike. Add a generous lane pattern of oil (Bowling World uses 20 times more oil than it did in 1980), and you have an exposition in scoring. Bowling 220 is humdrum.

Not a pretty picture. People abandoned the sport. Those who stayed played for bus fare and sold body organs in order to get on national TV.

What’s needed is a Tiger Woods, and there might be one out there. His name is Jason Belmonte, a 25-year-old from Orange, a small burg located 125 miles west of Sydney, principality of Australia.

Most pro bowlers get 300 revolutions per minute when they throw. Belmonte gets 600. Belmonte places two fingers from his right hand in ball holes, throws the ball off his hip and uses his left hand to spin the ball which, upon impact, causes pins to jump and pop. 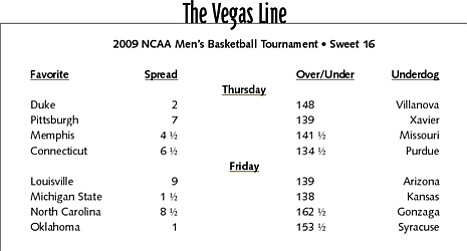 Belmonte has been playing on the European and Asian tours, although he has played in two PBA tournaments this season (finished 10th and 15th), by way of a Commissioner’s Exemption.

He draws crowds and media like, well, like star athletes in other sports do. Incredible. Hie thee to ESPN and watch him play the U.S. Open.

In this oily case, Obama should have done a lot better than he did when he was bowling for votes last spring. (Sorry politicky et al: I'm just feeling disappointed in Himself this week.)