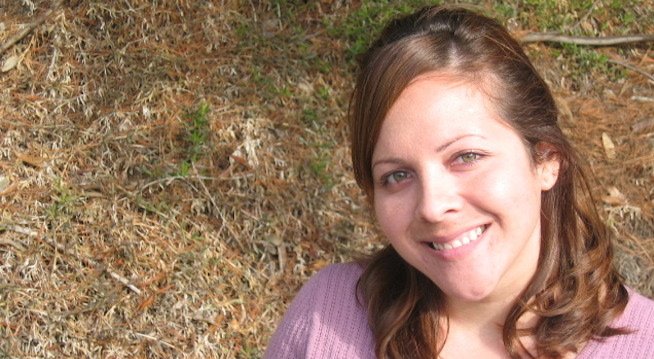 “I thought I could catch a few sets today, but it’s way too cold,” says Michelle, surveying the ocean. “Besides, it’s raining, and the last time I was stupid enough to surf in the rain I got really sick. I missed a week of work.”

Michelle surfs daily, waking up at 5 a.m. to get some waves before work. She’s almost gotten fired because of her morning routine.

“You know when you’re just in the zone and every wave is the best one ever? I had a morning like that a month ago; I could do no wrong out there. The next thing I knew, the sun was coming up, which means that it’s at least 6:30. I paddled back to shore and saw that it was almost 8:00! I quickly got to work and had to convince my boss that I was stuck in traffic, which was pretty hard to do with wet hair.”

She’s been surfing since she was six years old and has dealt with her share of discrimination.

“Okay, being a girl is not a big deal. It seems like, living here, people just trip out because you are female and also able to do more than lay out [in the sun]. Surfing is serious for me. It’s who I am, and I can’t stand being judged because of my gender. I am a better surfer than most of the guys I see out there and wish that they could get over themselves and quit asking me if I’d be more comfortable in a pool! I stopped surfing at Swami’s because of the attitude.”

Last July, Michelle saved a surfer who had previously given her a hard time.

“This big dude had been harassing me all day, making fun of me and just being a jerk. I saw him start to ride in, he slipped off his board, and he hit his head on it. When I didn’t see him surface, I swam out there and luckily saw his board. I pulled him up and towed him in. It was an accident that could have happened to anyone. He was very apologetic and ended up being pretty cool.”

“Want help waxing your board?”

I love seeing girls out there. You kidding me? What better way to meet a cool potential girlfriend who is ok with me wanting to surf all the time?