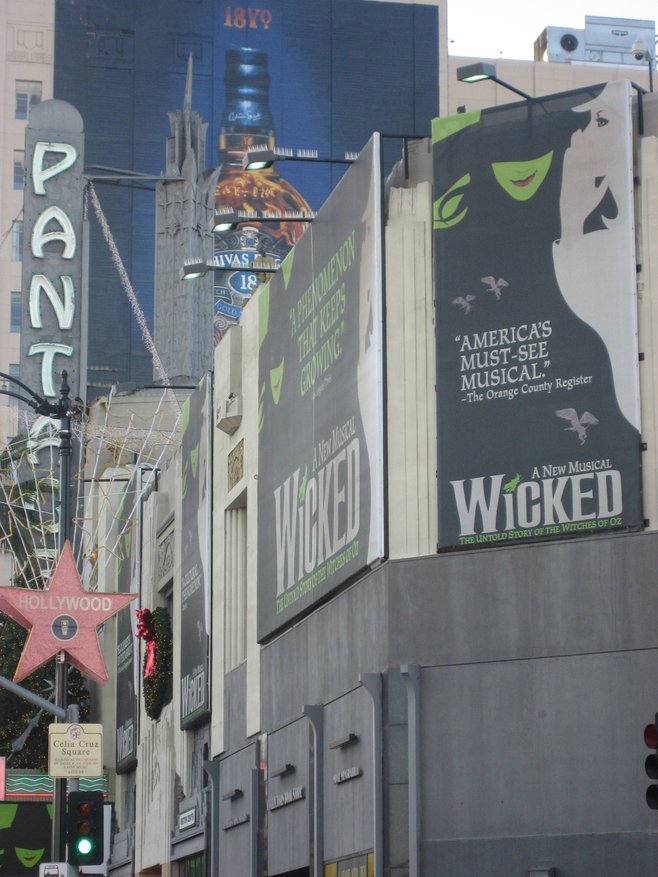 The Pantages Theatre, located on 6233 Hollywood Blvd (near Vine just off the 101), is a Hollywood landmark with more than its share of entertainment history. It’s played host to Vaudeville acts in the 1930s, the Academy Awards during the ‘50s and the Emmy Awards through most of the ‘70s. Over the years, it’s also hosted many live concerts and been the backdrop for several Hollywood scenes. More recently it’s featured musicals such as The Lion King and Wicked.

One evening, my girlfriend and I were fortunate enough to win front-row tickets to see Wicked during its 2007 Los Angeles run. The trick was to show up 2½ hours before show time and put your name in a lottery to win a chance to purchase two tickets for $25 a piece (other shows usually offer a similar deal).

Our awesome seats gave us a close-up view of the cast, including one particular person who struck my girlfriend’s eye: Adam Lambert. According to her – and we do have the cast list to prove this – she totally remembers him being in the show that night. So there you go, head over to Pantages to watch a musical and catch a glimpse of another budding star before they make it big and become world-famous.

Cool! Hollywood is such a unique state of mind!