‘We started a month or so ago. Right now we’re running tournaments twice a month. Our first tournament had five teams. Second tournament, seven. We’ve got 10 or 11 teams signed for Saturday.”

Speaking is Chris Perkins, 26, who, along with his brother Daniel, are owners of what appears to be San Diego’s first wiffle ball league. I ask, “Where do you play?”

Perkins is married, with a ten-month-old son and another child due next month. He’s a local, graduated from Santana High School, works a day job as freight broker for an outfit in Rancho Bernardo. I ask, “How did you get onto wiffle ball?”

“Me and a bunch of buddies play every weekend at the beach or in my backyard,” Perkins says.

I take a deep breath and man up. I have to go here, at least once. “How do you play wiffle ball?”

Perkins says, “You can have three guys, four guys, or five guys on a team. Only three can take the field. You have a pitcher and two fielders. There is no base running. There’s a 100-foot fence. You have a strike zone. The pitcher is 40 to 45 feet away from the plate and he can throw as hard as he wants.”

Got that? Thinking out loud, I say, “No base running. So, if I hit a wiffle ball, how do you determine whether I go to first, second, or third?”

“There’s an infield line, the base path, it’s 45 feet,” Perkins says. “So, if the wiffle ball goes past that line, it’s a single. If it rolls and hits the fence, it’s a double. If it hits the fence in the air, it’s a triple. And over the fence, of course, is a home run.

“And then,” Perkins says, “to get the player out, you have to get to your infield line. If a player bobbles the ball, it’s a single. If he fields it clean — there’s a big screen behind home plate that’s like a first baseman — you’ve got to throw the ball against that screen, in the air, for it to make an out.”

I’m still back with the wiffle ball and getting to the infield-line part. Takes a moment to pull out and move forward. I say, “After the player gets a hit — say it’s determined he hit a single — does he go to first base?”

“He hits the ball and it’s counted as a single...where is the hitter?”

“He goes back and stands with his team behind the fence.”

Chummy. “Is there any base stealing?”

Sounds good, except those two runners are standing behind the fence bullshitting with their mates and drinking beers. “How about outs?”

“Three outs in an inning.”

Perkins says, “You catch the ball in the air, strike out, or if a ground ball is hit and a player fields it in front of the infield line and throws it to home plate, where the screen is, in the air.”

In front of the line. Screen. Home plate. In the air. Got it. “How many strikes and balls?”

“What kind of bats do you use?”

“Plastic bats, however length you want.”

“And who plays in your league?”

“Everybody. It’s all-ages. It’s just a fun backyard game that we’re bringing to the field. We play four innings, takes about 30 to 40 minutes. It’s a double-elimination tournament. If a game ends in a tie after the fourth inning, we start the fifth inning with bases loaded.”

STOP THIS BEFORE I SHOOT MYSELF! “What do you do for fun, besides wiffle ball?”

“Go to church. Crosspointe. The senior pastor is Barry Sappington. He’s a wiffle-ball guy, loves it. Other than that, I work and be home with my family as much as I can. Everybody loves to come to my house and play wiffle ball and barbecue.”

I invite readers to glide over to sandiegowiffleball.com, click on “Multimedia,” then click on “Videos,” and play one. You’ll be impressed. Wiffle ball is a real sport, requires real skill. Directions and times for Saturday’s tournament are on the home page. 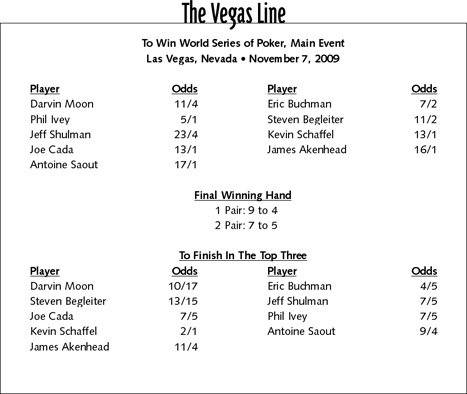