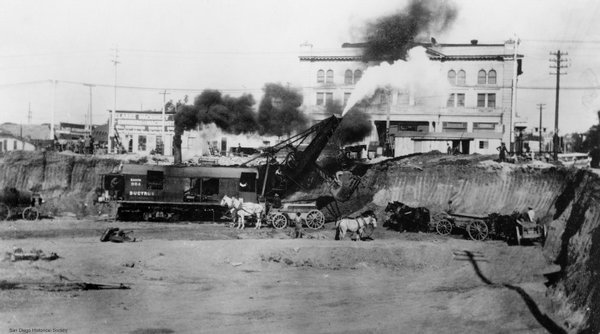 Excavation of the Spreckels Theatre building at 121 Broadway, c. 1908. Sugar millionaire John D. Spreckels is said to have had it constructed to coincide with the Panama Canal’s opening. (San Diego vied to be the dominant West Coast port.) The Bucyrus heavy equipment company — which manufactured the steam shovel seen in this photo — played a big role in the canal dig, sending 77 shovels south.