Songs: 1) Lost in Sounds 2) It’s a Leopluradon 3) The Ground Is Not Your Friend 4) You’re Speechless 5) A Million Faces in One 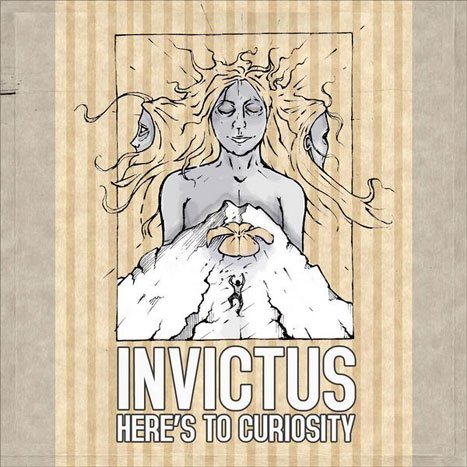 In theory, at least, a mixture of power pop and nu-metal with a dose of electro-dance synthesizer from Poway should cause all those unfortunate enough to be within amp range to cover their ears and scatter like startled mice. But (!) Invictus kind of pulls it off, in no small part because of the band’s clear talent.

Hoffman’s specialty of fast, classically structured picking combines well with Kruse’s rapid-fire drumming, and their union roots the band in the tradition of heavier rock. Without the Hoffman-Kruse pedigree of authenticity (like a stamp that reads “This Is Still Rock and Roll”), the band would be a major disaster caused by too much experimentation.

They’re a bit more “plastic” than “metal.” Jason Webber’s vocals oscillate between Linkin Park–ish sing-screaming and soft “group hug” emo sensitivity, which could cause a few eyes to roll. Rock purists will hate the inclusion of a pop synth and the turnarounds in tempo for dance-y handclapping, but it adds palatability for young Poway fans. Because of the odd conglomeration of styles, the band brings a lot of freshness and innovation to a sometimes staid musical landscape.