Extra info: Nautical Disaster is scheduled to play the Ken Club on July 4.

Although it’s hard to nail down exactly what genre Nautical Disaster falls into, it’s easy to figure out what they’re playing: anything big, full, and fat.

Jaye twangs her bass with sorrow and a hint of Cowboy Junkies. The melodies set forth by Beezeley and Grimis feature girthy guitar chords in a mash-up of sounds that in one instance remind me of glam rockers T. Rex, and in the next instance the sound switches to an Americana or Mexican blues progression a lot like Tito and Tarantula. All of it is rock and roll, and all of it is handled perfectly. 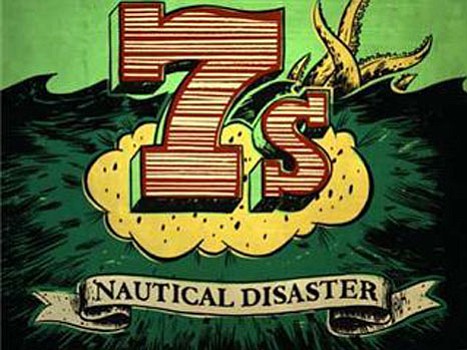 Beezeley’s thin, sometimes-monotone voice recalls Lou Reed and acts to balance out the fullness of the music. The vocals are longing and tortured, but the lyrics don’t draw a narrative of grief or separation; they’re more collected thoughts and oblique concepts than storytelling.

In regions such as the indier-than-thou Northwest and even crap-pop, sell-out San Diego, Nautical Disaster might not find great purchase among the populace, but they will stand as a reminder that sometimes the mainstream isn’t where you want to navigate your boat.

Yeap, agree, - full and big. Be glad to navigate my boat to one of this guys shows!