Blink: The Power of Thinking without Thinking 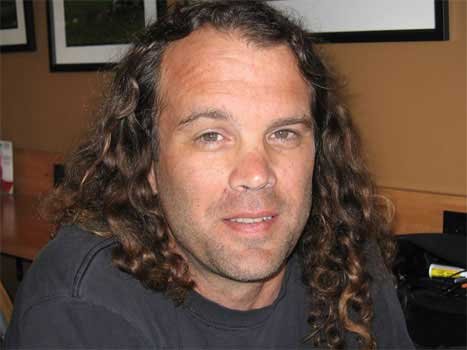 What book are you currently reading?

"Blink: The Power of Thinking Without Thinking by Malcolm Gladwell. I'm not actually reading it; I'm listening to it. The first way humans passed information on was orally, so maybe that's why I really like listening instead of reading. I especially like it when authors read their own books. I buy most of my books off of audible.com."

Tell me a little about the book.

"It's about cognition -- the way we think -- and about how we make subconscious decisions and process information. It talks about how our mind works without our consciously thinking about it. It's hard to summarize because it's long. But probably the most interesting thing -- a thing that's stuck with me -- is how people's biases are based on pattern recognition. The example in the book is, if you're exposed to newspaper headlines and images, you start to form images out of what you see in the newspaper. Whether those images are right or wrong, your brain is processing and responding to that information. So when you have to make a snap decision, your mind is accessing those historical images that you've stored. We all do this, whether we like it or not."

"Probably a book by a guy named Paul Kutz called The Courage to Become: The Virtues of Humanism. It's about humanism. It was powerful for me because it was a combination of things in my own thinking, but then I saw that I wasn't the first one to think of them. Things about being a secular humanist -- secular humanism is the belief that we're responsible for everything we see. There are no deities. Humankind is responsible for creating its own reality."

"John Steinbeck. When I was a kid, we traveled across the country to California in a van. At the time, I was reading The Grapes of Wrath. I was trying to project what it was like to be in the Dust Bowl and move to California while we were driving across the country. I've read most of Steinbeck's books --Travels with Charley: In Search of America, which is about his travels around the country with his dog; The Log from the Sea of Cortez, which is about a marine biologist working in Mexico."

"I don't actually read much anymore. I listen to the New York Times and a bunch of other podcasts, probably too many to name. The New York Times podcast has someone reading you a synopsis. It's usually all the stories on the front page, and a selection from other sections, whatever they think is most interesting or important. It covers pretty much the whole paper, and it lasts about 45 minutes."

"My friends have similar tastes -- most of them are academicians or researchers."