The count is 400 square miles as of Tuesday morning and 1000 homes destroyed. I've been following the fire of '07 by way of San Diego police scanner (http://scansandiego.net:7000/scanner3.ogg). Also, telephone, television, radio, and Channel 10 via the Internet.

The scale of this thing is immense. Three hundred thousand people told to evacuate their homes and businesses. Two days from now, when you read this, that figure will probably seem like the good old days.

May your property and loved ones be safe. Good luck.

Let's step back, lower our heads, and take a moment to appreciate this new, innovative baseball strategy that has been birthed before our eyes. Yes, we were there at the creation and will be able to witness the little-strategy tot grow up to be a strapping adult able to provide an unlimited supply of strategic variations to us, the baseball sporting public. This is a moment to cremate, pour into a plastic jar, and set next to the family TV.

As brief background to the above wonderment, let me take you back to game 5 of the American League Championship Series, the Cleveland Indians vs. Boston Red Sox at Jacobs Field. Cleveland leads the series 3 games to 1. One more win and it's on to the World Series. But, come in a little closer. Let's tip-toe back in time a wee bit further, to five minutes before the start of game 5.

Can you bring into memory that soulful rendering of our national anthem by country-music recording artist Danielle Peck? Remember the shock you felt at the amazing coincidence (unique, really) that Danielle, coming to bat, as it were, at the last minute to pinch-hit for country-music recording artist Taylor Swift, who couldn't be there at the last minute, and, lookee here, Danielle just happened to be the ex-girlfriend of Josh Beckett, who, lookee here, was the starting pitcher for Boston that night. The do-or-die night for Boston.

Now, Boston went on to win that game and the next two, claiming the ALCS championship and punching their ticket to the World Series, but that's not the point. The point is, Cleveland opened a heretofore undiscovered door and found a new strategy, a new way to play Major League Baseball!

The starting pitchers for Thursday's game 2 of the 2007 World Series are set. Curt Schilling will be hurling for Boston, and Ubaldo Jimenez takes the mound for Colorado. Here's how I see the matchup:

The Red Sox will fly in Denver's district attorney to sing the national anthem. I believe he plays the harmonica, too. The Rockies will counter by sneaking a new groundskeeper into Fenway Park -- Miss Elizabeth Quick, rumored to be Schilling's first-grade teacher. She will groom home plate at the bottom of the first, right before Boston's lead-off man, Dustin Pedroia, begins his at-bat.

Not to be outgunned, Boston's energetic opposition research department finds, and then hires, for one day, a new stadium announcer -- Kimberly Loft, who broke Ubaldo's heart in the fifth grade by refusing to spend morning recess killing insects.

Schilling's mother is due up in the fourth inning, batting for the enemy Colorado Rockies. She will be an undercover pinch-hitter, dressed in a Rockies uniform, batting helmet on head, bat in hands, spikes on shoes, chewing sunflower seeds and spitting continuously. Mom will stand in the batter's box, paw her shoes into the dirt like ballplayers do, stare at her son with motherly contempt, and scream, "Take the garbage out, mister!"

Boston strikes back with the fat check-out lady from Ubaldo's neighborhood Albertsons. The slow one. The one who always puts his frozen foods in the same bag as his blueberry pâté. The large woman hovers over the Colorado dug-out, pounds on its roof and screams, "Tell me I miscounted your coupons now, you sick motherfucker!"

Colorado has an answer to that. Turns out, their on-field mascot, Dinger, the walking, fluffy Rhinoceros-thing in tennis shoes and polka-dot pants, will not be played by the usual guy. Nay, Colorado hired, for one day, Ernesto Estrada, Schilling's recently discharged gardener. Mr. Estrada will remove Dingo's head and make obscene gestures at Schilling every time he winds up to pitch.

Bring it on, says Boston as they go to the bullpen and call for Ubaldo's parish priest, Rev. John Fogerty. Hold it...just a minute...now they're calling for a lefty...yes, it looks like it's going to be Dave Cooper, Ubaldo's publicist! 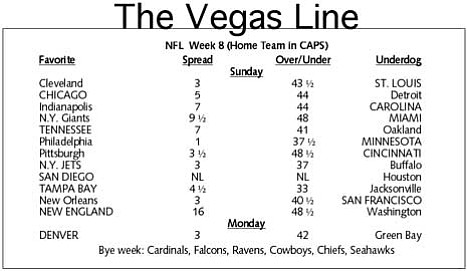