Rilke on Death and Other Oddities 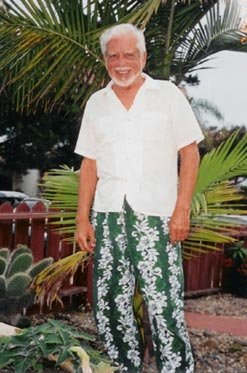 Where Interviewed: at his home

What are you writing?

"I have a new book out called Rilke on Death and Other Oddities. Rainer Maria Rilke was a German-language poet who lived from 1875 to 1926. I've been reading him for half a century."

Why did you write it?

"My first book on Rilke was published in 1975 -- Rilke on Love and Other Difficulties: Translations and Considerations. On the last page of that book, I said that another book was needed for me to find the words about Rilke on death. Several decades later, I've found them. Rilke first attracted me because he talked about death in a way that made sense for me. I used to have anxiety attacks in the middle of the night; I'd wake up shivering. I'm much more sanguine about death now."

Could you summarize the book?

"One of Rilke's masterpieces is the 860-line poem Duinese Elegies. The first line is 'Who, if I cried out, would hear me among the angels?' There is this sense of terror, but you don't know what he's terrified about. He doesn't say until the beginning of the ninth elegy, near the end of the poem. By then, he is able to say 'Yes' to each life and death. He is able to see death as an old friend. That's partly because, after ten years, he had completed the poem, the one that made him into a poet. I think that after that, he was a little happier with his old friend.

"I wasn't able to see death that way until I met my wife Stephanie and we established a relationship. Because for me, and for Rilke, love and death spring from the same source. By love, Rilke and I mean sexual love. We don't have bodies -- we are bodies. We have sex and we die. One makes up for the other.

"About death, Rilke wrote in a letter, 'Affirmation of life-and-death appears as one in the Elegies. Death is the side of life averted from us, unshone upon by us...like the moon.' Life and death are two sides of the same coin. For Rilke, if one doesn't affirm both, one isn't affirming at all, but picking and choosing. My book gives a selection from his letters concerning death, a chapter on the popularity of Rilke in America (nine Hollywood movies have included his poetry), and a chapter on scientific accuracy, which was very important to him. And a chapter on his use of humor.

"Rilke's approach to death was that of a poet. He said you have to die your own death, just like you have to live your own life. When Rilke was dying of leukemia, he did not even want to know the name of the disease. For him, knowing would have meant that he was dying the death of leukemia -- the disease, rather than his own death."

Do you have a favorite passage?

"Yes, the beginning of the ninth elegy:

'Being-here is much, and all this here,

which disappears so, seems to need us and strangely

concerns us. Us, the most disappearing. Once

each, only once. Once and no more. And we too,

once. Never again, but this

having been once , even if only once :

having been of the earth, seems irrevocable.'"

Why should someone read this?

"If one thinks about death and what it means, I think Rilke is for that person. If you enjoy dazzling, metaphor-rich poetry, you'll enjoy Rilke."