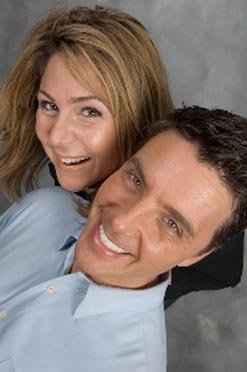 Adam Levine is the lead singer for the group Maroon 5. Adam Levine is cool. It is a warm summer afternoon on a Wednesday [in 2002], and Maroon 5 are out promoting their first album, Songs about Jane. By now the country had heard the pop/rock single "This Love," but probably didn't know who Maroon 5 was. Adam Levine and his guitarist had come by the studio to play a quick set of songs for a small coterie of lucky fans.

It was an awkward setting. The "Star Lounge" was a garishly painted former prize closet that might have fooled somebody if not for the fluorescent light in the drop ceiling. There we all were: Adam, his guitarist, a few station employees, and six fans in a small bright room. It is quiet while his guitarist makes the last few tweaks to his acoustic guitar. I wonder, Can they really pull off a tune like 'This Love' with this setup?

The guitar strums and Adam looks down at the carpet, moving to and fro in sync with the sound and then looks up and emits a perfect pitch, crystal-clear voice. No sound engineer or microphone or anything but pure talent. He hits the highs looking at the ceiling and drops his eyes to the floor for the lows and almost as if by accident occasionally makes eye contact to notice that people are watching him.

Then, the last strum and silence for a second followed by applause. Adam smiles. He nods and says nothing. He has no need to say anything. He entertains a few questions, answering with a calm, assured voice. He looks only at the person to whom he is talking and is not prone to small talk. He sings one more song with, once again, pitch-perfect clarity and then smiles and says thanks.

He sits and sips water and takes a few pictures with fans as they file out of the small room. You know he won't be there long, but not from his body language. His kind of cool never stays in one place for too long.

If this was the performance from him that I heard at work, it was anything but "pitch perfect"...it was way off pitch and off key!

My co-workers and I were cringing at the performance. He should have brought his Autotune with him.

Put an MP3 of that performance up - I'd love to hear it again!