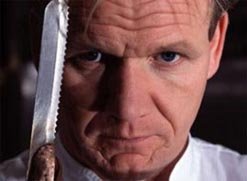 "Here," my girlfriend said and handed me a sheet of paper. "Read this." "All right." I cleared my throat and snapped the paper twice for theatrical effect. "Number one," I read. "You're too theatrical."

I followed her into the bedroom where I stood at the bathroom door waiting for her to return. "Number two," I read out loud. "You're too clingy, and you follow me from room to room."

"You're doing it right now," she said through the door.

Down at my feet were the cat and the dog; we were all lined up. "Do you mean me or the pets?"

"Did you make a list of things that they do wrong too? The cat and the dog? How are they supposed to read their lists?"

"Number three," I read from the slip. "Stop competing with the pets."

"No," she said, flooding me with relief. "It's a list of things you do that irritate me."

Stunned, I walked to the front room with the list and continued to read it. It was handwritten, one item per line, and so lengthy that it took up the whole page.

My eyes bugged out with hot electricity. All of them were laser accurate. I felt nauseated that there was a whole list ! And my girlfriend isn't even organized. In fact, she's a little crumpled and scattered. That a whole list was required, from a half-disorganized woman, made it sting that much more.

At the edge of the couch, I perched with a pen and a yellow sticky note on my palm. "Aha!" I shouted as I was about to write something, but I couldn't remember what I had just thought of.

I looked down to her list, "Number 19. You're forgetful."

While I sat there, I thought I'd watch a little TV. I tapped the pen against my teeth and scratched my belly. That's when my girlfriend came out of the bathroom and waited at the threshold of the living room.

"Can I watch TV and scratch my belly?" I asked. "I didn't see it listed here."

Thursday, November 8 Law and Order: Criminal Intent USA 10:00 a.m. Michael Jackson creates his own odor. And not like everyone smells a little different; I mean, he creates an odor that we, as mammals, can differentiate between other base odors. Like the whole of olfactory experience can be broken down into ingredients: flowery, putrid, sweaty, etc. Michael Jackson is his own smell. His is a curse and a boon; children fear his stench, but dogs cannot detect it.

Full House Nickelodeon 8:30 p.m. I'm convinced the Olsen twins are both vampiric puppets. They may not be able to infect humans, but they can definitely turn other puppets to the shadows of evil. To kill them we will have to drive a stake through the heart of whoever has his hand up their butts, making them talk and move around. Die, Olsen twins' vampire puppet master! Die! Hyeah! Hyeah! Hyeah!

Friday, November 9 Fooled by Nature Animal Planet 7:00 p.m. I used to carry a rabbit's foot for a lucky charm, but the rabbit it was taken from found me and asked for it back. I thought if it was truly a lucky charm, he wouldn't have lost it in the first place, and I would've been able to keep it without him finding me. So I gave it to him. Unlucky damn rabbit's foot. Go away. Shoo.

Saturday, November 10 Skunk Fu! CW 9:00 a.m. If we are able to be rejuvenated, logically, we were at one point "juvenated." I'd like to find the factory, machinery, and chemical compounds required to juvenate all beings. I could stop the conveyor belt of babies and dive under the injection guns to become "superjuvenated." Oh, the orange and yellow light that would flow from my eyes, I can feel its intense energy now. I must find that factory.

America's Most Wanted: America Fights Back Fox 9:00 p.m. Google has started to take pictures of every street, house, intersection, business, building, and parking lot. My street has yet to be mapped, so when I see the Google van humming down my lane with its camera rolling, I'm going to strip down to nothing, except a Lone Ranger mask and a pair of cowboy boots with spurs, and chase it down. That way I'll be included, in all my glory, in the lasting archive of photos. Searching for University and 36th Street? Oh, here's a picture of my schmerz, have a nice day.

Sunday, November 11 Earth's Natural Wonders Travel Channel 9:00 p.m. The word "nix" is only popularly used in Pig Latin. No one ever says, "Nix the license plate talk." But, in every sitcom ever, someone has said that exact phrase or something similar in Pig Latin, "Ixnay on the icense-lay late-pay alk-tay!" This garners a confused look from Mrs. Roper, even though she's the one with the unexplainable taste in orange fire-stitched caftans and silk scarves. I mean, really, Mrs. Roper, you think you're confused, imagine how we feel.

Monday, November 12 Heroes NBC 9:00 p.m. By the power of Hilary Swank's gigantic teeth, I have the power! If one of Hilary Swank's mega-choppers ever gets knocked loose, I want that thing. If I attach it to an axe handle, it would be more helpful and handy around the house than a team of illegal immigrants. I could open tin cans, aerate a garden, chop down an avocado tree, and I haven't figured out the exact logistics, but I'm pretty sure I could brew coffee with it.

Tuesday, November 13 Reaper CW 9:00 p.m. Besides all this , my jackalope has been a complete nightmare. I mean that almost literally. Apparently, when it was stuffed, the half-drunk taxidermist allowed spider eggs to be deposited under its skin. The other day I walked past it and it was completely covered in a gossamer web, like a washcloth was thrown over it. When I looked closely, a billion baby spiders poured from its eyes. I ran screaming and I haven't slept since.

Wednesday, November 14 Kitchen Nightmares Fox 9:00 p.m. What I really need is a monocle. I think I'm not taken seriously at places like theaters, art galleries, and, well, jeez, even the grocery store, because I don't wear a monocle. When I leave a place, I imagine the patrons whisper to each other, "He could really use a monocle." But that's just my imagination. What they probably say is, "He should put on pants under those buttless chaps."

Thursday, November 15 Supernatural CW 9:00 p.m. I was thinking of dying my hair red, but what's hip at 23 can smack of sad at age 31. I'll do a test patch to see if I like it. Tonight, I'll dye my foot hair purple and wear it around like that for a couple weeks. You may not think that's a substantial change, but you've never seen how hairy my feet are. I've overheard Hobbits say, "Damn, that dude's got some hairy toes!" Maybe I should undo the dreadlocks first. I don't want to overdo it.